10+ Of The Most Important Songs About Butts 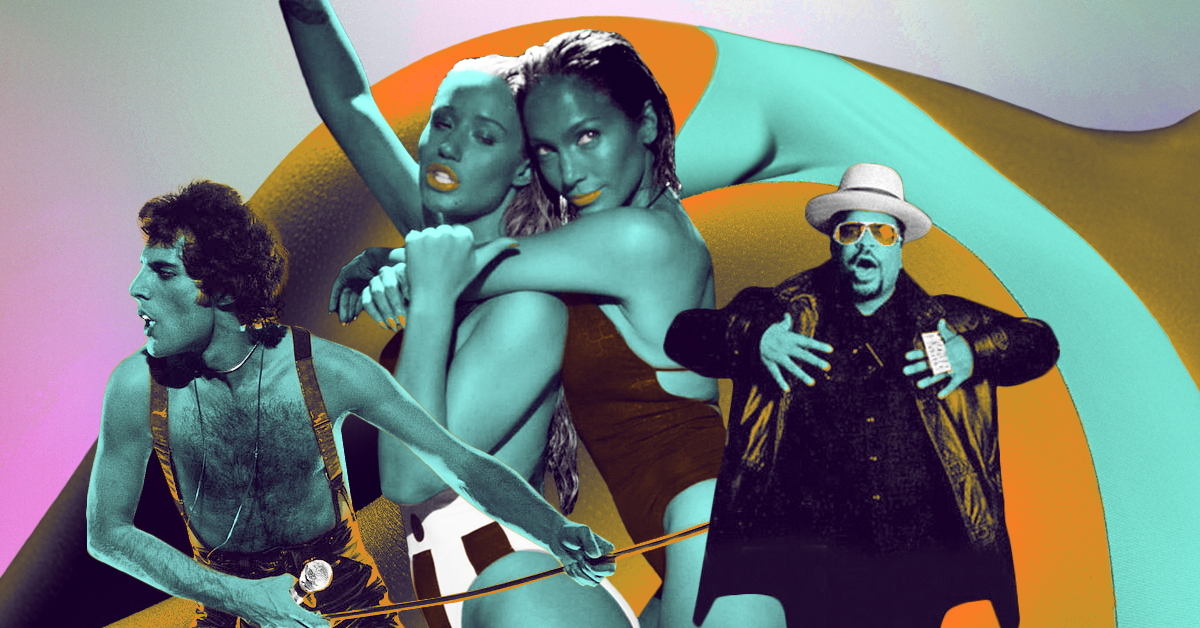 The booty is an almighty thing. The booty has currency! The booty has been worshipped since the dawn of man, in paintings and statues and poems and, of course, songs. Throughout history, haters have tried to get the booty down, censoring it and shaming it and restraining it — Not unlike Instagram’s vendetta against the offensive female nipple.

We are currently living in a time of great appreciation for The Butt. But that may not always be the case! As a matter of fact, with the way things are going, women may go back to wearing mandated ankle-length skirts and flaunting their assets sooner than you think!

It’s difficult to imagine a time before The Booty was King. Today, every white girl on Instagram has a tutorial demonstrating how lifting weights got her that Kim K butt. But in the ’80s and early ’90s, “beautiful” was “heroin chic” was Kate Moss was skinny white girls with no curves and big hair. The song’s intro — a white woman making fun of a black woman’s butt to her friend Becky — was based off an actual conversation Sir Mix-A-Lot overheard.

“Baby Got Back” emerged as a sort of antithesis to this pop-culture-fueled standard and quickly evolved into a body positivity anthem for curvy girls and WOC in particular.

Lyrical Highlight: “I’m tired of magazines/ Sayin’ flat butts are the thing/ Take the average black man and ask him that/ She gotta pack much back”

Before Sir Mix-A-Lot sang praises of the big butt, there was Freddy Mercury, idolizing girls with fat bottoms. The cover of the single, which featured a nude woman riding a bicycle, was considered so scandalous that stores refused to stock it.

On the surface, it is a lecherous song about a woman’s ass. A level below that, it is a celebration of one of the most beautiful features a human could have. Deeper still is the idea that considering its creator, it is actually not at all a lechy account of an ass as seen through the male gaze.

According to Brian May, “some of the inspiration for the song came from stuff that I saw in Freddie’s life as well as my own. So it’s actually not so much of a heterosexual song as you might think (laughs). It’s a sort of pansexual song. There are so many ways you can take it.”

All of those ways lead back to the fact that fat-bottomed girls make the rockin’ world go round.

Lyrical Highlight: “But I knew life before I left my nursery/ Left alone with big fat Fanny/ She was such a naughty nanny/ Heap big woman you made a bad boy out of me”

Everyone talks smack about “My Humps,” having apparently forgotten they used to pop boners to it during awkward middle school dances. But in reality, it’s a feminist anthem about a woman with a really nice body using it to her advantage. Do the lyrics suck? Absolutely. But the beat is fire and who can really hate referring to boobs as “lovely little lumps?”

A spicy blend of R&B and techno, “Milkshake” tells the tale of a woman’s pride in her own sexuality. Despite lyrics like “La la-la la la/ Warm it up,” Kelis manages to hype her feminine assets in a self-assured, bossy way.

Kelis can teach you how to quench a man’s thirst, but it isn’t something one can buy or steal. Sort of like big dick energy.

Thanks to this early aughts banger, the term “bootylicious” was inducted into the Oxford English dictionary in 2004 with the definition “(Of a woman) sexually attractive,” which basically means Beyonce invented butts!!!

Also, Stevie Nicks is sampled in this female empowerment masterpiece and is also featured in the music video. Talk about power bitches!

Lyrical Highlight: “I don’t think you ready for this jelly”

Historical? Maybe not. Lyrical? Not even remotely. But Bubba Sparxxx’s 2005 comeback hit certainly familiarized us with the idea that behind every good woman (with a nice booty!) there stands a less-than-stellar dude.

Also, the term “Ms. New Booty,” though widely contested on UrbanDictionary, has regained relevance in the last couple of years as the Kardashian family made huge butts desirable.

Lyrical Highlight: “Get it ripe, get it right, get it tight”

This song gets away with being so damn raunchy due to the use of the double entendre. It is a wholehearted celebration of the big butt, of having sex with the big butt, of big girls with big butts, etc.

Lyrical Highlight: “My baby fits me like a flesh tuxedo/ I’d like to sink her with my pink torpedo”

The inspiration for this country tune was a wasted chick who didn’t care about who she hit with her butt. “It looked like somebody stuffed a beach ball in her pants” said co-writer and musician Jamey Johnson. “So we got to laughing at this girl — she was drunk as hell, just completely wasted, and having the time of her life. She didn’t care who was looking; she didn’t care who she bumped into.”

That’s the kind of drunk we should all aspire to be. Incredibly, the track’s ringtone received over 75,000 downloads and even warranted a European compilation album built around various mixes of the song.

Lyrical Highlight: “Got it goin’ on like Donkey Kong”

This song is important for multiple reasons. First of all, “ass” is spelled as “azz,” and that is noteworthy in itself. Second of all, it’s been referenced and sampled and remade by artists like Snoop Dogg and Drake since it dropped at the end of the last millennium, and if it’s good enough for Snoop, it’s certainly good enough for the rest of us.

Again, “important” is a subjective term, especially in a list like this. But I think we can all agree that Jennifer Lopez and Iggy Azalea rubbing their well-oiled butts against each other is IMPORTANT. The track itself is not very good, but watching a 45-year-old J.Lo’s body still CRUSH IT all over the place is a sight that will never get old.

Lyrical Highlight: “You’re sexy/ But most of all/ You are just absolutely booty-full” (lol)

Anything involving Missy Elliot is important, and anything that has to be this heavily censored for radio play (they changed “Tush” to “Push” (!!!!)) has GOT to be important too, just by its very nature. A lot of people were disappointed at Ghostface’s push into what they felt was mainstream radio, but, whatever y’all.

2 Live Crew’s 1998 album “As Nasty As They Wanna Be” was so raunchy it was ruled obscene by a Florida federal district court judge. In 1990, three of the band’s members were arrested and had their album seized during a performance at a local sex club. In Florida of all places!

Too Much Booty In The Pants came out nearly a decade later, but the band’s deliciously bawdy lyrics and themes remained. The track encourages girls with big butts to continue dancing in jeans that are just a little too tight and also suggests that doing so can grant them the power of hypnosis.

Lyrical Highlight: “WASSAP! All the freaks out there with them big ole booties!”

Ok, again, IMPORTANT, I don’t know, but a slapper? Hell to the yes. The song consists completely of letting the audience know they should look at them girls with the Daisy Dukes on. That’s what they want you to do!

Lyrical Highlight: “Yo, girls that be lookin’ real cute The way y’all kickin’ them Daisy Dukes.”