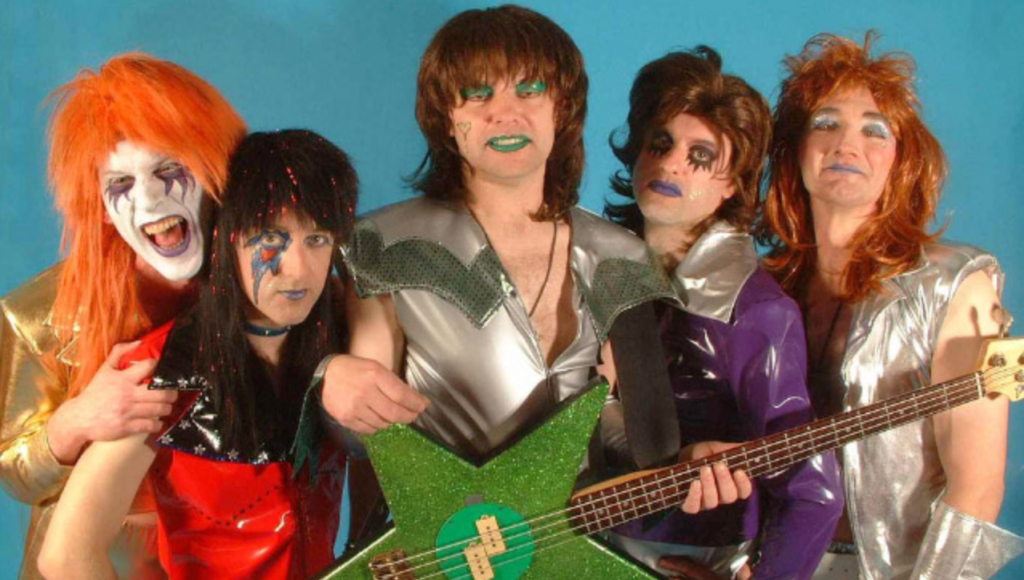 Rock stars are supposed to be charismatic. The gig requires being able to a) get up in front of people and perform convincingly, b) create compelling songs that evoke emotions, c) have a sense of style your fans would want to emulate, and, of course, d) be sexy. That’s a lot of requirements, and some bands understandably fall a bit short. Today we’re celebrating metal band awkwardness. Get ready to bang your head…against the wall in disbelief that someone thought these photos were a good idea.

1.You’ll notice several recurring motifs in this gallery: big hair, vests with no shirt, and undertones of S&M.

3. So this is what Raider Nation does on the other six days of the week.

4. You thought it was impossible to make the accordion awesome? Well let this guy prove you…right.

5. This is what happens when the debate team is full.

6. Manowar holds records for the loudest concert, the longest concert, and the career chest wax consumption.

7. He won’t regret the skull codpiece, either.

8. He’s so badass, he put fake blood in his mouth right before taking this.

9. Their next album is about the bus driver who wouldn’t let them take that axe on the bus.

10. “Think I got the perfect photo for my Tinder profile.”

11. Not having someone who knows how to take a good promo photo is SO METAL!!!

12. How did the first guy convince the other three guys to do this?

14. Each one of them is thinking about how they’ll prevent their kids from finding out about this one day.

15. THE BAND: Terry, we could only afford a plastic skull from Walgreens, so you’ll have to do the heavy lifting on this one.

TERRY: WAY ahead of you.

16. This is the worst episode of Storage Wars ever.

17. “You know what? I’ll whip off the shirt. Gotta showcase the four pack.”

21. Guys. This is what happens when nobody in the group voices their concerns.

22. These two are available for grand openings, anniversaries, and bar mitzvahs.

23. “Just make sure you get some of the wall behind our backdrop, that way we look super unprofessional.”