15 Experiences Everyone Had At Grandma’s House 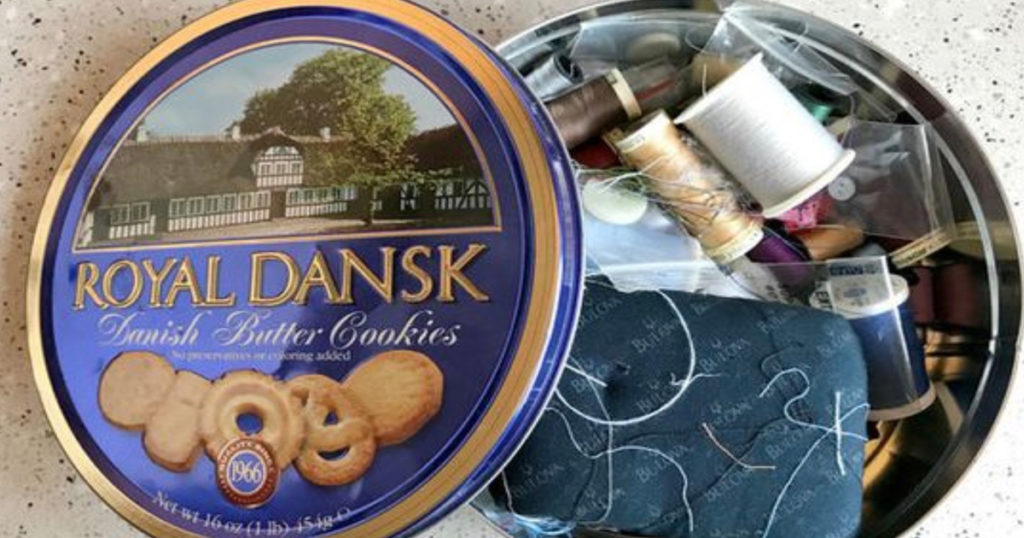 Going to your grandma’s house is one of the best parts of childhood. It’s a prime opportunity to get spoiled, hear the dirt on your parents, and get spoiled again. Let’s all relive the wonderfulness by reminiscing about these 15 quintessential parts of the grandma’s house experience.

You know the drill. Every grandma had the blue tin of Danish butter cookies hidden somewhere in her house. You would locate it, but instead of finding delicious cookies, you would find sewing equipment or vacation slides. And if you’re like me, (i.e. dumb), you would fall for this every time you visited.

I’m pretty sure everyone’s grandma was secretly the host of a hidden camera prank show.

2. Playing with your parents old toys.

No matter how hard you tried, you could not have fun with them. Eventually you’d realize, “Oh, this is why Dad turned out like that.”

It’s fine, as long as nobody shines a blacklight on it.

The polite way to say, “I don’t trust you kids not to destroy my home.”

The polite way to say, “At least we didn’t put you in a kennel.”

This Tupperware is so old it remembers exactly where it was when JFK was assassinated.

Your grandparents wanted you to have a good time, but their children’s entertainment options were limited. Instead, they’d pop in a VHS of a movie made before 1960, like The Bridge on the River Kwai. So what if you’re six? It’s never too early to learn about the Japanese occupation of Burma.

I’m lucky enough to have a grandma who realized this candy is AWFUL, and kept better modern candy on-hand for our visits. But she still kept this stuff handy, for those time when you want a cough drop, but without the medicine.

Our grandparents are probably the last generation to have fancy silverware. We millennials are so broke, any silverware we inherit will be traded to the Wastelanders for gasoline and food.

When even the tissue box gets a crochet cover, it’s time for an intervention.

Every grandma’s house had to contain at least 1,503 pieces of unused kitchenware. Some grandmas would collect teacups and saucers with different designs, others would pick a theme and run with it. My grandma collected teacups with birds. Probably because it was less bloody than hunting them.

Because you need a place to store those teacups. You were always told not to go near the china cabinet, which of course  made you need to touch everything inside. China cabinets are basically a twisted psychological experiment.

I’m pretty sure these are from an era when it was still considered tacky to own a television. Hiding the TV inside a normal piece of furniture made the whole thing more palatable. Like how you hide your labrador’s worm pills inside a ball of cheese.

These things were loud, smelly, clunky, and probably not assembled correctly. The only time they got any use was when it was too rainy to go to the park, so you turned them into a makeshift jungle gym. And then you fell off, hurt yourself, and developed a lifelong aversion to exercise.

At the end of your visit, your grandma would slip you a little cash, like a mobster greasing the palm of a crooked politician. No, this ploy didn’t fool anyone else, but that wasn’t the point. The point was the fun of it.

Man, grandmas are the best. Give yours a hug today!