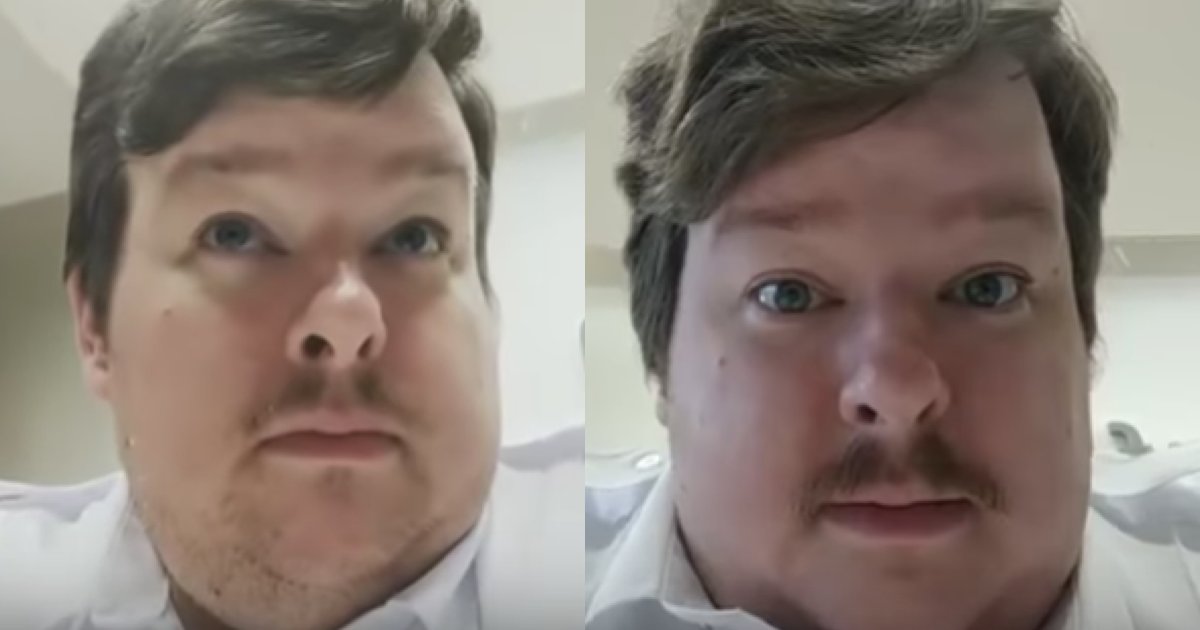 A man named Doug has recently become the the Internet’s sweetheart for his alter-ego Paul Flart. If the name sounds familiar, it’s because it’s a play on Paul Blart: Mall Cop. Doug was, until recently, a security guard in Florida who has risen out of obscurity because of his popular Instagram account. There, he posts Paul Flart’s greatest work: a collection of sonorous, musical toots. From his butt. They’re farts.

Vice reports that Doug has gotten increasingly popular at an extremely rapid pace, first when his fart account got covered by Barstool Sports. Then a video compilation of him farting on the job went to the top of the charts on Reddit. There’s a deep passion out there for farting, but none is deeper than Doug’s own, which you can watch over a solid minute of right here:

Is it weird that he reminds me more of Benedict Cumberbatch than Paul Blart?

Doug doesn’t seem too worried about getting his famous ass fired. He even live-streamed the experience, during which you can hear his former boss saying he broke the company’s rules about not using a phone during work hours “an unusually high amount of times.” That’s what it takes to go viral, baby!

He seems to think that Instagram will be his new career, telling Vice, “We live in a society where this is the big popular thing right now, but next week, unless I’m doing more than keeping it going, it’s going to be nothing. We’re going to keep making content. We can do Paul Flart on vacation, you know, throw in like a Hawaiian shirt and a hat of some sort and then just fart around Florida. We’re just going to keep going.”

If people will watch Doug fart in a sad old hospital, they’ll definitely watch him fart on a tropical island or a chalet in Switzerland. Let Paul Flart fart his way across the globe. It’s more than just an assault on the sense. According to Doug, it touches people’s hearts.

“I’ve had people from Holland and Germany and the UK sending me DMs and saying it’s the greatest thing ever. This brightens their day. Some people said their week has been so shitty and then they find my videos and then they’re laughing and they’re happy about it and it brings them joy, which to me is great. Like I’m all about that. I couldn’t ask for better stuff,” he said.

None of could ask for better stuff. The butt stuff.