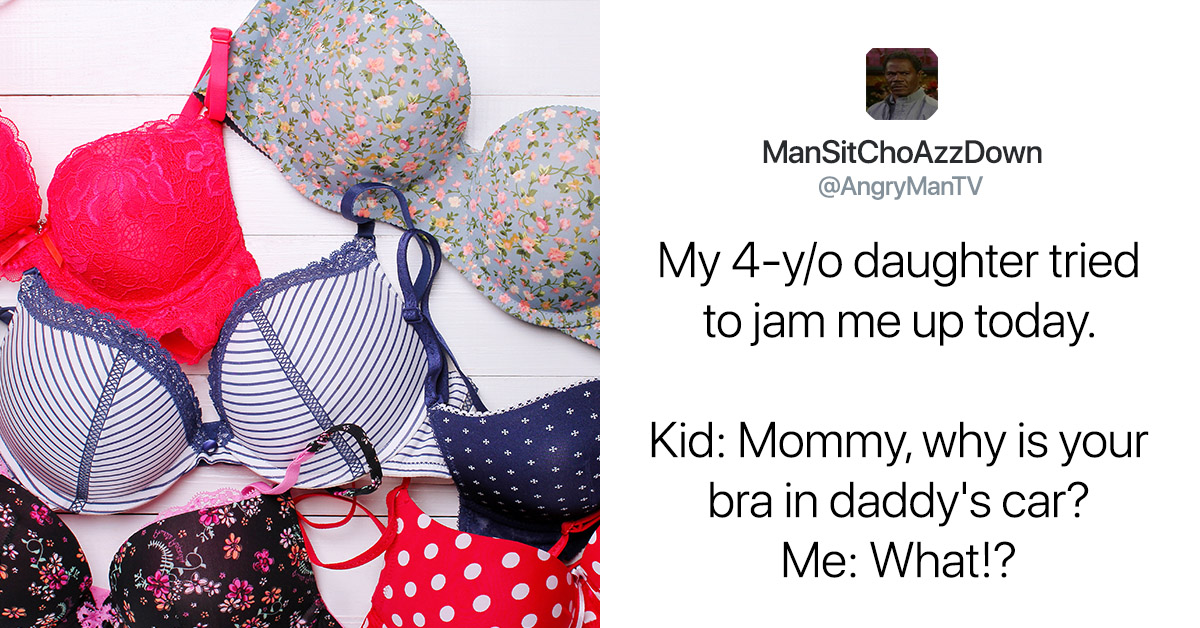 Kids say the darndest things–right? No matter how old they get, our kids know just how to make everything seem a bit awkward and hilarious, just by behind themselves.

This week, one Twitter user got himself in a bit of jam with his wife when their 4-year-old daughter tried to “jam him up” by claiming her mother “left her bra in daddy’s car.”

Little did his daughter know, her mother hadn’t been in their car for weeks, so obviously she was angry and suspicious.

As it turns out, his daughter was a bit off in her “bra radar.”

After seeing it was clearly not a bra, the dad was relieved.

But, Twitter couldn’t stop laughing over the fact that his 4-year-old daughter tried ratting him out. What a savage.

lmfaooo your daughter letting you know she will snitch on you. I’m howling!

Bro! This could have been tragic. pic.twitter.com/1IvBt4xQa3

The good thing is, you know where her loyalties lies. The bad thing is, it’s not with you. Keep your eyes on that one.

“Why is your bra in daddy’s car?”
“What you talking about I haven’t been in his car all we–” pic.twitter.com/45Ahanxa16

It be your own daughter ?

Some said that the father should use it against her when she’s older.

When your daughter comes to you in the near future with “Please don’t tell mom” bring this story up pic.twitter.com/JH1zk23EUn

I know payback is coming… pic.twitter.com/R8oemgUm76

Others think the daughter had a plan the whole time.

She’s been planning this for WEEKS. Tryna get your side of the bed and double Christmas. ??

She was trying get you out the paint after only 4 years? She tired of you already bro ?

You beta double whatever the mom is giving her for allowance or else next time she might actually put one of her moms!!!!????

Word to the wise–when it comes to daughters, they’ll always side with Momma.