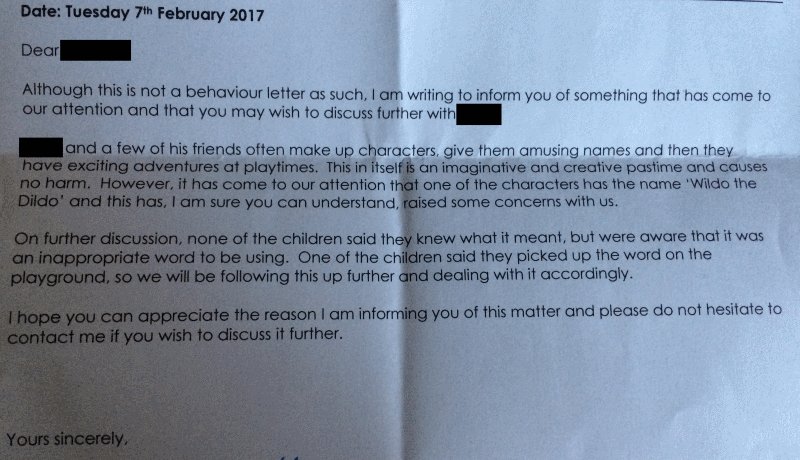 When Paul Hunt, a father from Somerset, England, received a letter from school about his son’s behavior, he was expecting trouble. What he got was, according to him, “The funniest thing I’ve ever read.”

Paul posted the letter on his Twitter and it’s been retweeted over 4,000 times.

In the letter, his son’s teacher explains that one of the kids overheard the word on the playground and found creative inspiration. The school isn’t planning on punishing his son but to do prefer Paul discuss the name with him. Punting seems like the right move on the school’s part.

What the letter DOESN’T explain, unfortunately for all of us, is who Wildo is and what he/she/it is like. I like to imagine Wildo as a whimsical, good-natured wizard who just wants to be friends with everyone, and can’t figure out why the other wizards never return his calls. What’s your take?