Mom Accidentally Made Her Kid A Cake With Mistake Message 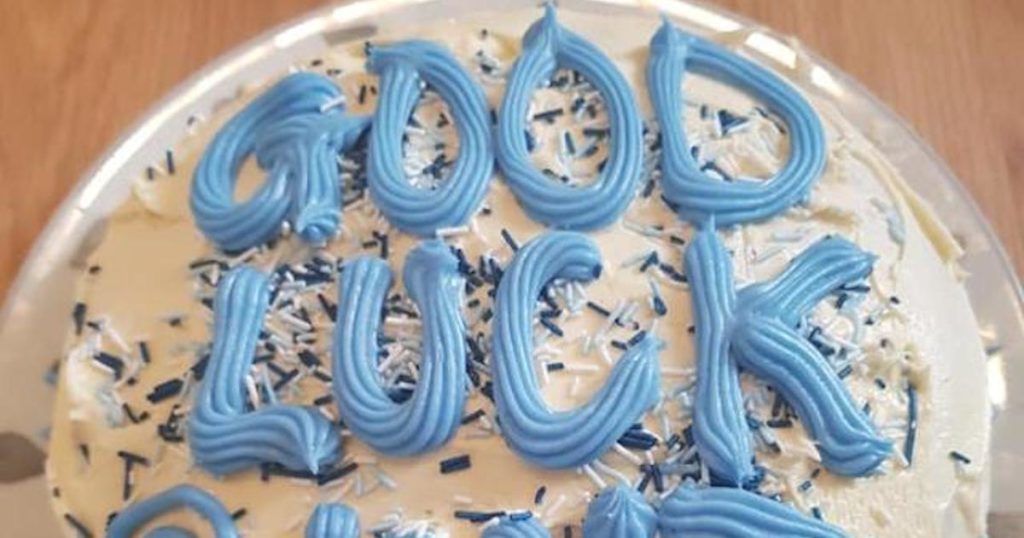 Moms are the best. They’re so supportive of every little accomplishment their kids achieve, and when the big things happen, moms come in with the big rewards. Sometimes they’re so blinded by the achievements of their babies that they’re blinded to the rest of the world. At least, that’s my theory, because it’s the only thing that could possibly explain this obscene cake from a mom to her son.

Redditor Yellow-SP shared a photo of the offensive dessert to the subreddit r/casualUK, because this is the sort of mistake that could only happen in the UK. The picture is captioned, “A friend made a cake for her son last week.” Presumably, the friend’s son got into university, which was shortened on the cake to “Uni” and the son is headed off, saying goodbye to his mom. It’s clearly supposed to read “Good Luck @ Uni,” but that’s not what I’m reading:

That definitely looks like a message written by a real see-you-next-Tuesday, if you know what I mean.

“What sort of person calls their son a c**t?” asked Redditor 9DAN2.

Some seem to think it was deliberate on the mom’s part. It’s a coded message, according to SwissJAmes.

“Absolute gold- when you head says “Good Luck @ Uni”, but your heart says “Get the f*ck out of my house.”

But most people are wondering why they didn’t get a cake for heading off to uni. Excellent question. And the answer is that baked goods go wrong all the time.

I’d rather not eat the peppa pig biscuits! pic.twitter.com/VD7Ga8i5yf

Your mom was protecting you. From herself.