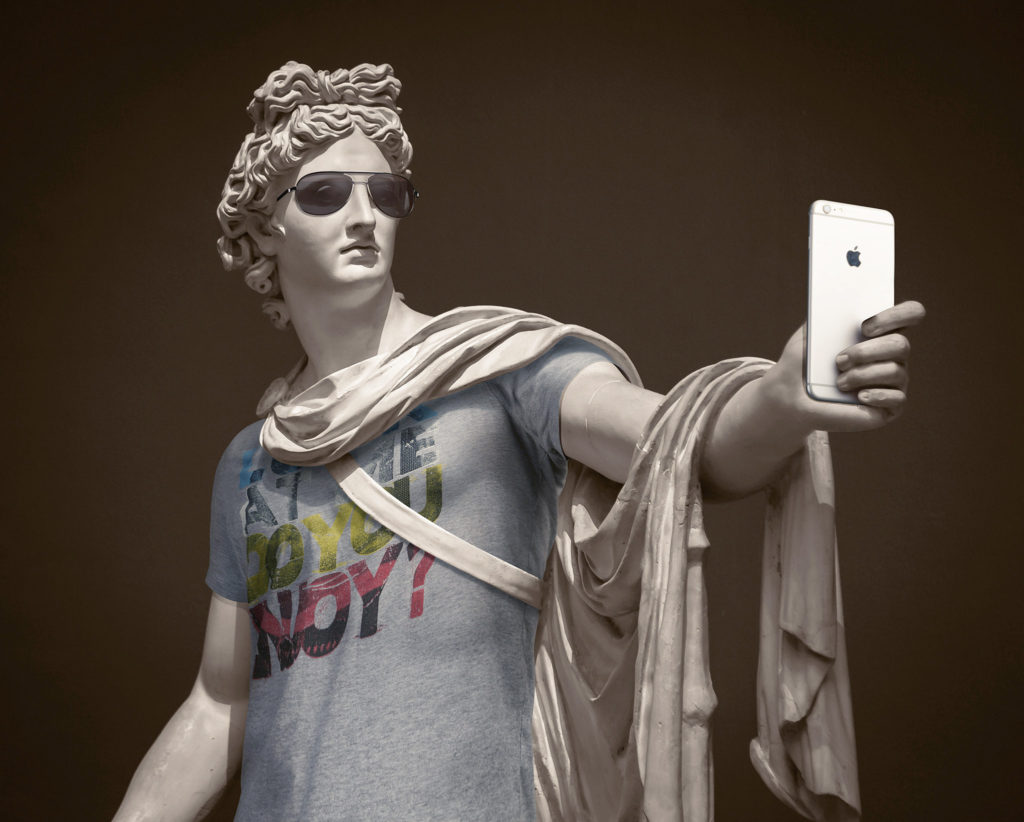 Going to a museum and looking at ancient works of art can be a great way to connect with the distant past and the people who lived it. But for French artist Leo Caillard, classical statues made him think of one thing: hipsters.

It was during a 2012 trip to the Louvre when inspiration struck. The statues were already posed in positions resembling modern fashion models, so it wasn’t much of a leap to imagine them dressed in today’s hipster-approved finery.

“I chose to modernize the statues because they represent iconic people, gods and famous people from that period of time.” As he told NBC News. “And as soon as I dressed them up, they suddenly became … a regular cool guy that you could see anytime in the street.”

(We’re with him, although in our experience, few hipsters are as ripped as a Greek statue.)

In case you were wondering how he managed to convince the Louvre to let him dress up priceless antiquities, he didn’t; he photographed the statues and digitally added the clothes in Photoshop. Which is impressive, considering how real they look.

Check out this gallery of statues-turned-hipsters, and accompanying hipster jokes, below:

1. He’s holding up his hand and saying, “Whoa, this bar doesn’t have PBR?” (“The Resurrection of Christ”)

3. He looks exactly like a guy I saw last week in a Silverlake coffee shop. (“Aristaeus”)

4.  If this statue could come to life, he’d immediately seek out the nearest fixed-gear bike. (“Michel de Montaigne”)

6. He’s rolling his eyes because you just told him you like Game of Thrones (“The Young Shepherd”)