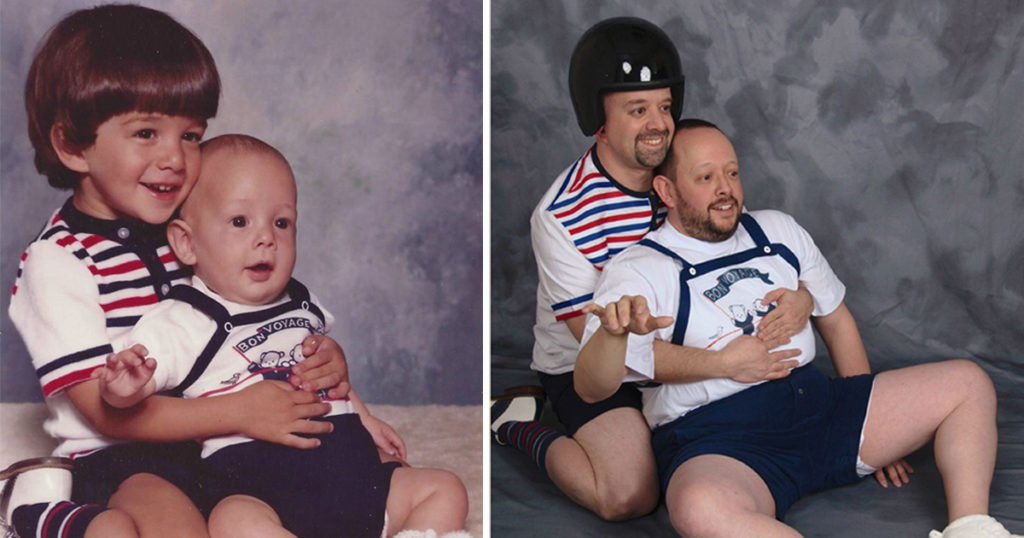 Here at AFP we love it when adults recreate their childhood photos–especially when the grown ups are able to nail the little awkward details that made the original photos so great.

Our latest entry is from Matt and Evan Breslow, two brothers from Portland who decided to recreate a series of studio portraits they took as children about 35 years ago.

The project took a lot more work than it might look. Finding outfits similar to their childhood ones was a challenge, they told Fox 12 News in Portland, requiring them to scour thrift stores and the Internet for jean jackets and overalls. They even had to make some of the clothes themselves.

But it was all worth it when they showed Mom and Dad. “The smile and the burst of laughter that came out of her, I’ve never heard her cackle as hilariously as she did in that moment,” Matt Breslow said.

Check out Matt and Evan’s recreations below: