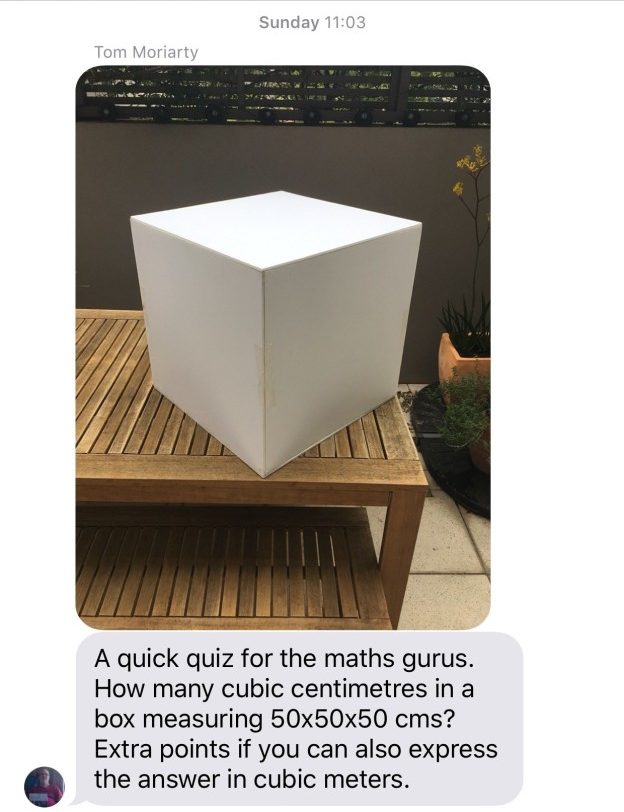 Shaun Moriarty, a 36-year-old designer from Brisbane, Australia was surprised when he opened a family text message thread and found a picture of a perfect cube. His father, Tom, had sent it to them with no explanation except a math problem.

Then, going full Dad Mode, Tom began photographing the cube around the house.

Shaun posted the photos on his Twitter and the Internet found found them bizarre and oddly satisfying. Tom offered more shots:

No word yet if Tom or the Cube have agreed to a sitcom deal.