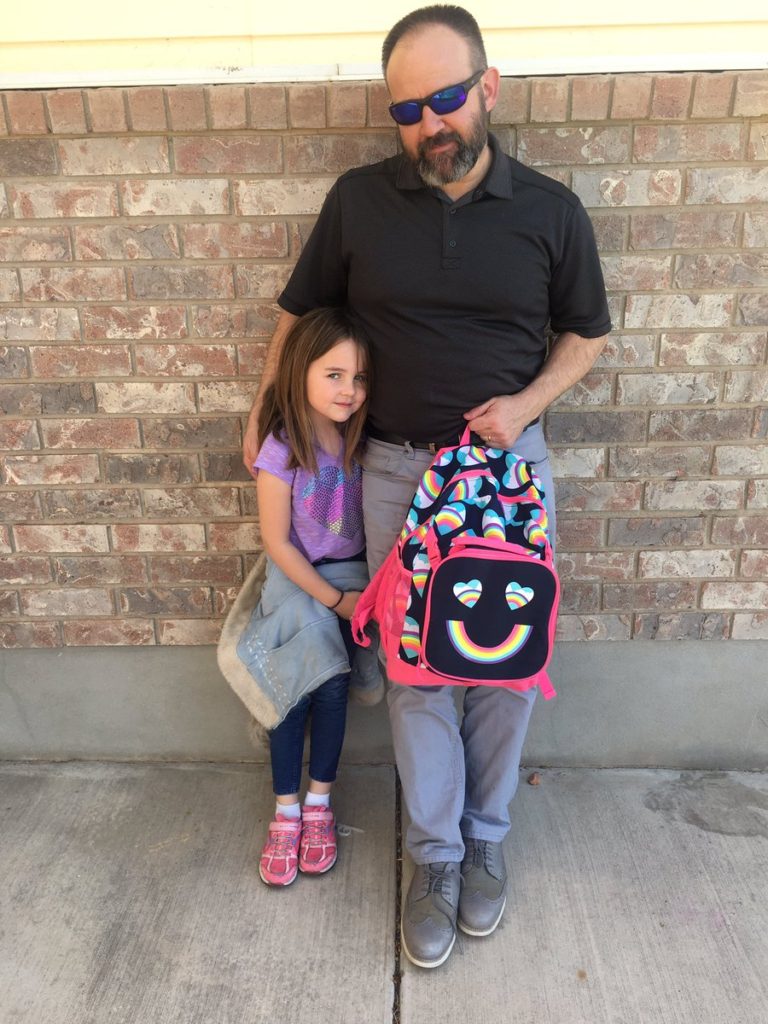 Dads everywhere say they would do anything for their children, but this dad put his money where his mouth is when his young daughter needed him the most.

Lucinda Sowards, the older sister of the little girl in question, shared the story on her Twitter feed. Her little sister had a tough day on the bladder-control front and had to be sent home early from kindergarten. Their dad, Ben, got the call, but before he left the house, he came up with an idea to make sure his youngest daughter didn’t feel too embarrassed: pre-wetting his own pants. (With water, we’re assuming.)

That’s some solid Dad work right there. Lucky for us, they took a picture together, and both seem pretty happy about it:

And yes, Adam Sandler fans will remember a “sympathetic pants wetting” scene in the 1995 movie Billy Madison. In case you somehow haven’t seen it yet, here’s the scene:

Thanks to Ben and his daughter, we now know that living by Adam Sandler’s example can reap rewards. Maybe next somebody will win the PGA Championship using a hockey stick for a putter.