10 Fictional Male Characters Who Had No Right Getting The Girl 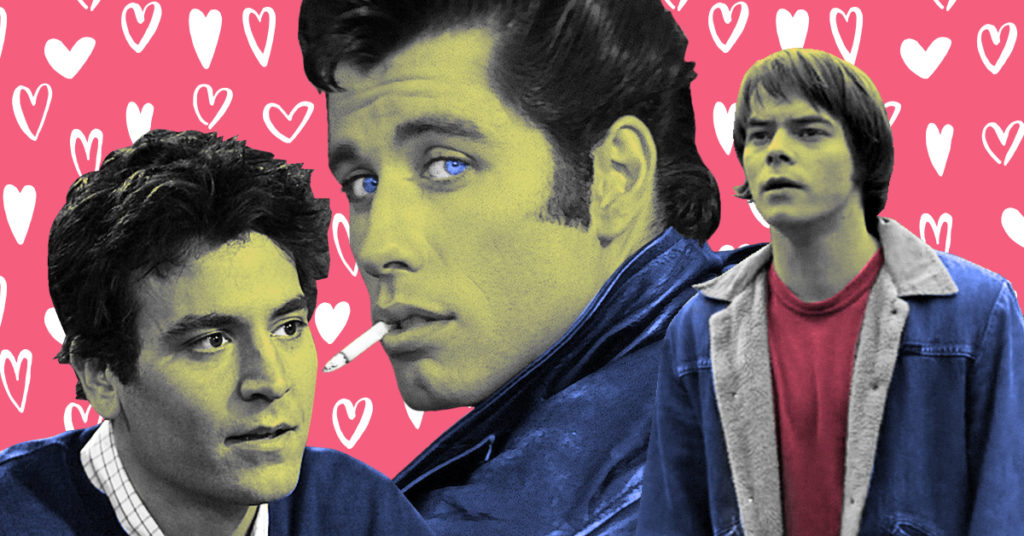 Real life isn’t fair. It makes no sense. It has no neat, comfortable story arc. It’s not like books, or movies, or TV shows, where the girl ends up with the transparently wrong guy and the two go off to live happily ever after despite their blatant incompatibility.

In real life, kidnapping, rape, and hiding behind bushes to take creepy pictures does not a happy ending make. Fiction, however, is another story.

Earlier this month, a fan tweeted that they still hadn’t “forgiven Zooey Deschanel for what she did to Joseph Gordon-Levitt in (500) Days of Summer.” On the surface, this is a perfectly understandable sentiment; Tom and Summer are nearly perfect for each other in every way, and when the latter breaks the heart of the former, it’s difficult not to see her as a villain.

Joseph Gordon-Levitt was quick to point out the phoniness of his character Tom. A further character study reveals how Tom projects his own emotions and desires on a partner who was always upfront about her intentions. He’s the “nice guy” who turns mean when he is rejected, who is ready to lose a genuine friend because of a wounded ego.

A person’s desire for another, no matter how intense, is no reason to date them. Tom never deserved Summer in the first place.

Nancy doesn’t deserve Steve Harrington, but as insufferable as she herself is, she also doesn’t deserve Jonathan. Did our collective consciousness just expunge memories of him taking photos of Nancy and Steve from behind a row of bushes in S1?

Jonathan is also careless and pretentious. The one night he’s asked to stay home to make sure Will gets home safe from Mike’s house, Jonathan picks up a shift at his job. The one thing Sheriff Hopper asks him not to do — go to his sh-tty dad’s house to look for Will — and Jonathan goes tromping off to scumbag Lonnie’s.

Jonathan is creepy and angsty and maybe the worst character on the show.

What do Betty and Veronica see in Archie? It’s utterly unfathomable. Dude is dumb, broke, and clumsy. His only draw is that he’s adventurous and dads hate him. Betty can be forgiven, simply because despite her glossy hair she is never given the opportunity to meet any other dudes, but Veronica has no excuse. She’s always meeting new guys and somehow still ending up with Archie.

7. Nate from The Devil Wears Prada

Adrian Grenier’s striking baby blues aside, the fact that Andy ends up with him despite his utter lack of support for her career is unconscionable. Nate wasn’t just unsupportive — he was openly, vehemently hateful of Andy’s job (as were her friends, which is another matter entirely.)

NOT TO MENTION that Andy needed to eat sh*t at her hellhole workplace for all of about one year. Rather than accepting her temporary hustle, her boyfriend (and BAD friends, who openly dunked on her as she was giving them expensive free sh*t) added to her stressful existence by getting pissy over her finally figuring out mascara and jeans that fit.

Oh, Carrie’s a “bad person” and she and Big “deserve each other?” I don’t want to hear it. Carrie may indeed be morally questionable, but she’s the protagonist of the show and she is perfectly flawed for reasons I won’t get into because A) I love her and B) Our focus here is Big.

Where do I begin? Big jerks our sartorially sublime Carrie around for years, using his commitment-phobia as an excuse — only to marry a 25-year-old he’d known for several months — only to cheat on that 25-year-old with Carrie, who he, throughout several seasons, continues to emotionally abuse and sabotage to no end.

Big established consistent patterns of behavior which perpetually made Carrie feel unwanted, confused, and stupid. He never stopped gaslighting her when she was upset, he chickened out on their wedding day, and then bought her a penthouse with a room-sized closet (though without consulting her) and all was forgiven.

Sandy — sweet, innocent Sandy — invests in a pair of pleather high-waisters and takes up smoking because she wants to please a dude who pressured her into sex before publicly humiliating, belittling, and ignoring her.

But then he puts on a different sweater, and, what, all is forgiven? He becomes a changed man? I rama lama THINK NOT.

4. John Bender from The Breakfast Club

https://media.giphy.com/media/gRUbuO7gMNfLG/giphy.gifBender wasn’t just openly rude to Claire, he sexually assaulted her under the table during detention. Then, as if by magic, the two become friends and the film ends on a freeze-frame of our intrepid misfit, fist in the air in triumph enclosing a diamond earring given to him by the girl he molested hours earlier.

3. Ted Mosby from How I Met Your Mother

Ted Mosby is arguably the least likable character on HIMYM, and not just because he’s a whiny, presumptuous, Ross 2.0.

Ted is the “nice guy” who doesn’t understand why he always finishes last. The reasons, of which he is blissfully and painfully unaware are plenty; He’s pretentious. He’s annoying. He corrects people constantly. Most egregious of all, he says “I love you” on the first date.

He broke up with the same girl on her birthday TWICE. He was such a thirst hound, there was an entire episode dedicated to him “turning a no into a yes.” Ted Mosby spent nine seasons getting to the plot apogee described by the show’s title, only to reveal “your mother” is dead and, hey, kids, is it cool if I go after Aunt Robin now?

Speaking of Robin, he also made her get rid of her dogs.

2. Christian Grey from 50 Shades of Grey

Consider this: Christian, upon meeting the objectively naïve Ana, begins immediately stalking her. He is jealous and controlling, going so far as to convince Ana to sign a contract that allows him complete control over her sexually and physically. The contract even outlines what and when she is allowed to eat.

Grey is framed as a desirable character even though he is a rapist and manipulator. Sociologists will undoubtedly one day study our society’s confusing obsession with this problematic trilogy.

1. Beast from Beauty And The Beast

Kidnapping someone is not a foundation for a healthy relationship.