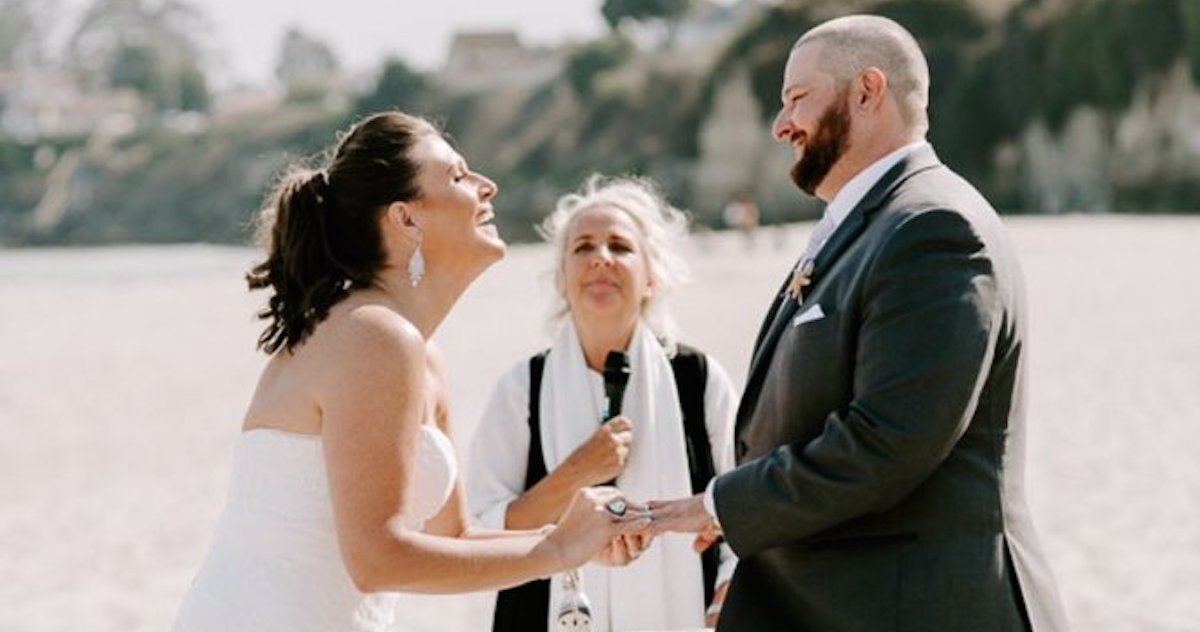 Is there any actor as beloved as Keanu Reeves? He is at the heart of so many memes, the leading man in so many movies, and the beloved goofball of so many nineties comedies and nineties un-intentional comedies. I stan Point Break. There, now that’s out in the open. There is a role for everyone when it comes to Keanu—he’s a surfer, a Dracula hunter, a doctor, a cop, a time traveler. Whatever your thing is, Mr. Reeves has got it.

Meanwhile, Keanu is just out here living his life. Sure, he knows he’s famous, but does he know what a gift he is to the masses? Apparently, he does, because he showed up at this couple’s wedding ceremony to give them the most wonderful gift he could: himself. In a viral photo tweeted by San Francisco reporter Dion Lim, we see Keanu giving some sort of rocker tribute as a couple grins ecstatically.

“He was so sweet!” ❤️ Darlette’s son Jarrod ?is a big #KeanuReeves fan. Look ? who happened to be at their wedding ?? venue! PS: (Darlette told me she’s amazed at the 15 mins of fame!) ? pic.twitter.com/gicNRNOyVf

Look at this beautiful man, pranking away:

The couple was identified by the Huffington Post as Jarrod Camara and Leslie Walker. The picture was also on the front page of Reddit, and the groom’s brother, Jordan Camara, explained to HuffPo that the wedding party saw Reeves at the hotel bar. Alone?? He should have called me! I’m here for you.

They asked him for a pic and he was a totally nice dude about it, of course.

“My brother went over and Keanu got right up and shook everyone’s hands and then did that awesome pose for the picture,” Camara said. “He was just as calm and cool as you would think he’d be and he was happy to take a picture with them. It was really just a couple minutes right before the wedding but it made the bride and groom super happy right before they tied the knot.”

Oddly, this isn’t Reeves first time showing up in a wedding picture. He did the same thing earlier this August:

Best #Wedding Picture EVER!
Moray & Maura recently got hitched in New York and were #photobombed by a rather scruffy chap passing by.
We think Moray looks way better than #KeanuReeves in his stylish @slanjkilts Modern Inglis #tartan #kilt and Midnight Blue Crail kilt outfit!! pic.twitter.com/tL5vqG2DL7

What? This is almost tempting me to get married. Would it count as a photobomb if Keanu Reeves is the groom?