Letter to My Daughter’s Future Therapist 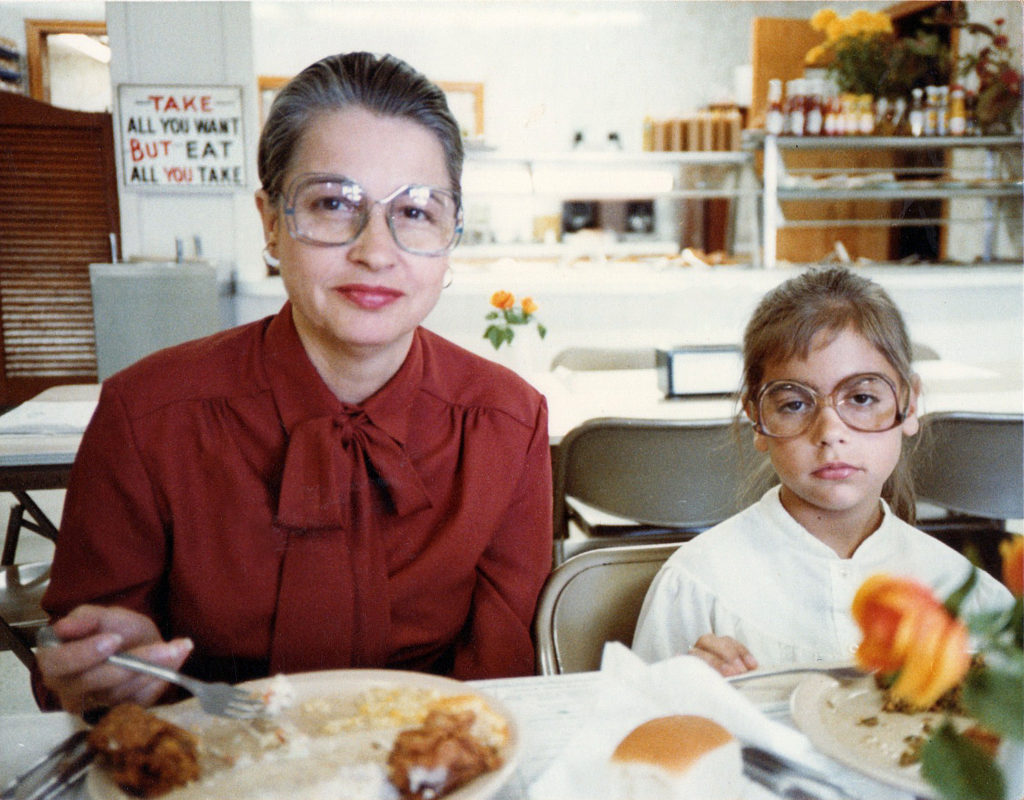 We received the following letter from mom, @jordanroter… think we can all relate.

To My Daughter’s Future Therapist:

Hello! You may be thinking that this is… awkward… or narcissistic… or maybe even a little unethical. But I wanted to introduce myself nonetheless because you’re probably going to hear a lot about me: I’m Gemma’s Mom!

At “press time,” Gemma is almost 5 years old. I’m writing you this letter because, while I love my daughter with all my heart, and I’m trying really hard to be a great mom, I’m pretty sure I’m doing most things wrong. So I want to get ahead of it a bit, maybe defend myself a little… but most of all, I’d like to fill you in on what got us here in the first place. And I hope that, in some way, these letters will help you help her figure out why she is who she is. At the very least, they will hopefully explain why I did what I did that potentially messed her up for life. Because, let’s be honest, therapy usually boils down to one incendiary topic: your mother.

Speaking of incendiary topics, let’s start with this one: Gemma pooped in the potty for the first time when she was 4 1/2. Word on the street (and by “street,” I mean is that that’s kind of late. And we were ready (financially, emotionally, environmentally) to be done with diapers for at least one of our two children.

So, we offered Gemma “incentives” — everything from books to toys to jewelry. That didn’t work. When we put Disneyland on the table and it still didn’t move the needle, I went against everything I’ve been told to do in every book, blog and parenting class: I offered her a bowl of chocolate ice cream with pink sprinkles.

Within minutes, my daughter sat down on the potty and made a poop.

From what I understand, there are myriad reasons why the chocolate ice cream reward for pooping would mess up a kid (and specifically a girl). First of all, it kind of looks like what just came out (plus pink sprinkles, which I think is an important differentiation, but hey, you’re the therapist, so I’ll defer to you on this one). More importantly, she may forever associate food with pooping, which may lead to a severe laxative problem around sophomore year of college (unless she’s already working in the strip club by then). Or she will forever associate food with reward, so every time she does something well, she will eat. Either way, parents today are told that tying food to reward will almost definitely give their child a variety of eating disorders that would be unequivocally our fault.

All this sh*t got me thinking about how all of this started — with Gemma’s father and me. Because it was actually excrement — and his ex-girlfriend’s pair of size zero Theory pants — that brought us together in the first place.

I met my husband, Guy, when I was 30. He said I was “perfect” — which was sweet, but terrifying — because I worried if he’d still like me when he realized just how very imperfect I was.

So, for the first month of our relationship, I managed not to poop within a several-mile radius of him. My friend asked me how long I planned to keep this up.

“I think it’s too late for that. I think you are that person who is just always ahead of herself.”

As weeks passed and our relationship deepened — and I had several talking-to’s with my bowels so that they knew who was in charge — I started adding a toothbrush here, a coffee maker there, a change of clothes. That’s when I found:

His ex-girlfriend’s size zero Theory pants hanging in the closet.

I couldn’t very well let them just hang there, could I? I called in some trusted advisors: my girlfriends.

“You wear them!” said one friend.

“I’m a size eight after a week-long juice fast (at least I assume I would be, I’ve never tried). The pants are size zero. So, no,” I said.

“Wear them as a shrug?” suggested one fashion-forward friend.

“You could give them to her yourself?” pointed out another.

“Because that wouldn’t make me seem psycho or anything? ‘Hi Size Zero, I’m your ex-boyfriend’s new girlfriend, Size Eight (okay, fine, Gap Size Eight), and I found your teeny-tiny doll pants hanging in his closet, so I thought I’d give them back to you. And by the way, how did you let him get away with not having a mattress pad? Were you raised by wolves?!”

I decided to go against all my instincts and everything that made me me: I was going to be “mature.” I brought the pants to Guy and asked how he wanted to handle it.

“This is making me very uncomfortable,” he said, squirming. “I guess I could call her.”

“Look,” he said. “We’re not kids in our twenties. We’re in our thirties. We have pasts. Let’s just be adults about this.”

So we hung the pants in the back of the closet and closed the door.

Those miniscule size zero pants hung there — mocking me through their plastic dry cleaning bag — for weeks, until one fateful morning when my bowels took back the night and I didn’t have time for an exit strategy.

I had to crap in my new boyfriend’s house.

It was a Sunday morning. He was still sleeping. I was reading the New York Times Style section. It was bowel movement bliss. Until I flushed the toilet.

I tried again. I jiggled the lever. “NOOOOO!” I screamed into the Style section.

So, I did what any woman would do in that situation: I called my Dad.

“Dad? What do you do if a toilet isn’t flushing?”

“Is there something in the toilet?”

“Say no more. Do you have a plunger there?”

“Right. OK, so a plunger looks like a stick with a suction cup at the end.”

I looked under the sink, in the tub, behind the door.

“There doesn’t seem to be one in this location.”

“OK, let’s get creative then. I always ask myself in these situations, ‘What would Macgyver do?’” My Dad loves a challenge. And Macgyver.

“Dad, this is… time-sensitive. Guy is sleeping. And he thinks I’m perfect. So if you want grandkids, you gotta help me with this one.”

“You need something to unclog the toilet. Do you have a wire hanger?”

I opened the closet to a sea of plastic hangers. It was as if Joan Crawford was his California Closets rep. Then, in the very back, I spotted the Size Zero pants hanging on their wire hanger from the dry cleaner.

“I found one. But his ex-girlfriends pants are hanging on them.”

I could hear Papa Bear gasp. “His ex-girlfriend’s pants? Why are they there?!”

Before I could answer, I hear my mother in the background: “Ask her what size they are!”

“I don’t know why that’s important,” said my father.

“WHAT SIZE ARE THEY?” my mother shrieked.

“DISPOSE OF THEM IMMEDIATELY and never speak of it again,” she said.

I put the pants aside, untwisted the hanger and used it to “unplug” the toilet. I took a deep breath and flushed. It was going down! Yes! Jordy:1, Petulant Toilet undoubtedly rigged by emaciated ex-girlfriend: 0.

“Dad… I think it’s rising… could it possibly rise?”

“Honey, this is as much as I can do from three thousand miles away… I think you have to go wake up Guy.”

At that point, the toilet actually started overflowing onto the tile bathroom and toward the hard wood floors of the living room.

I ran upstairs and lovingly, “calmly” tried to wake him up. But he was tired and wanted to snuggle. Language evaded me in my panic, so I stood up on the bed and screamed, “ICEBERG STRAIGHT AHEAD!”

I was afraid I’d ruin his hard wood floors, his plumbing, his cool bachelor pad and he’d realize how far from perfect I am. I was afraid that he’d never see me the same way and break up with me. Then I would just be the size eight girlfriend whose bowel movement was so ginormous that it killed his entire house.

I watched his face as he came downstairs and gazed upon the deluge of dung I had unleashed. He was horrified. He was disgusted. It was over.

And that’s when he started to laugh. I wasn’t sure if it was at me or with me, but I didn’t care. I started laughing too. He calmly turned off the water and got a mop.

As Guy and I cleaned up what even that old toilet would not accept, I knew in that moment that I would spend the rest of my life with him. And that he would be the best dad to our future children — especially when it came to potty-training and other natural yet disgusting things associated with having young children. He had the patience, empathy and gag reflex so essential for the task.

As for Gemma’s adventures in bowel movements, it’s been a month of pooping in the potty now, and truly, none of us have looked back. She even forgot to ask for ice cream after every poop, so I’m cautiously optimistic that we dodged a future psychological bullet on this one… but I guess that’s your call.

So, My Daughter’s Future Therapist, before you judge my husband and me, I just want you to know that our daughter was born from two very imperfect, often gassy, but always loving parents who are doing their best as they learn on the job.

As for what ultimately happened to the size zero pants, well, that’s a letter for another day…