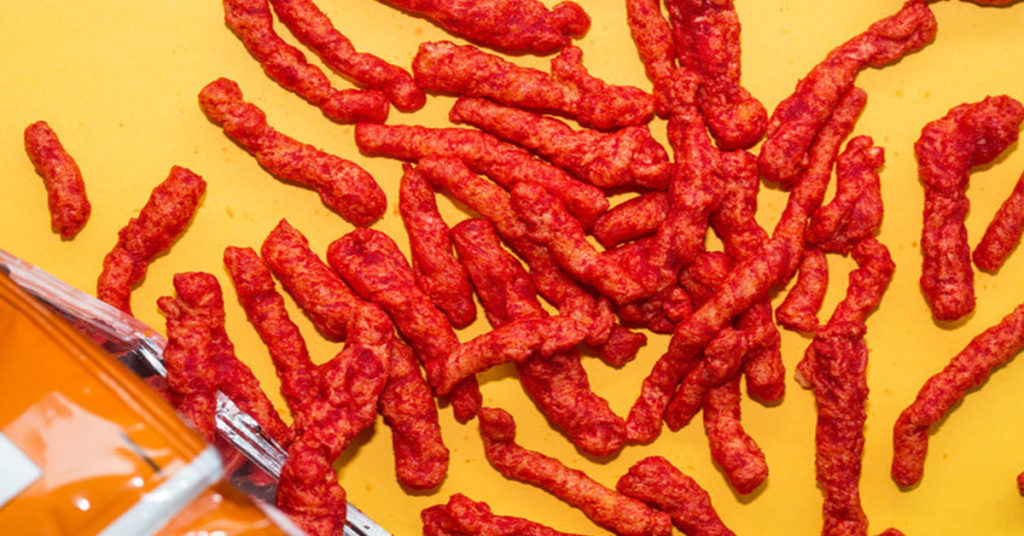 You know when you’re wrist-deep in a bag of Flamin’ Hot Cheetos, finger tips covered in orange dust, and you know you should stop but you just can’t? It seems that Lil Xan got to that point and kept going—so far that he had to be hospitalized.

Lil Xan, 22, on Tuesday posted an Instagram video revealing he was admitted to the hospital after eating a few too many of the snacks.

“Just wanna let everyone know that I’m good, healthier then I’ve ever been and ready to kick of my third Tour in NY ina couple days ! Also be careful, Hot Cheetos are one hell of a drug aha,” he wrote in the caption.

Just wanna let everyone know that I’m good,healthier then I’ve ever been and ready to kick of my third Tour in NY ina couple days ! Also be careful,Hot Cheetos are one hell of a drug aha ! ? love you all ! ?“Be Safe” Coming soon !????

“Yeah, I went to the hospital today,” he says in the video. “You know, I’m getting ready to pack for this tour. I just wanna let everybody know I was in the hospital, not due to many any drugs, but I guess I ate too many hot Cheetos and it ripped something in my stomach open so I puked up blood. So we good.”

Honestly, that sounds painful, but at least it wasn’t drugs.

Following the death of Mac Miller, Lil Xan said he planned to retire from rap “after this contract.”

“When your hero dies, fuck that shit, I don’t want to make music no more,” he told Adam Grandmaison (aka Adam22) on the No Jumper podcast. A few days later, Lil Xan revealed a new face tattoodedicated to the late rapper.

But in his Instagram video, Lil Xan seemed excited for his upcoming Outbreak Tour that begins Wednesday.