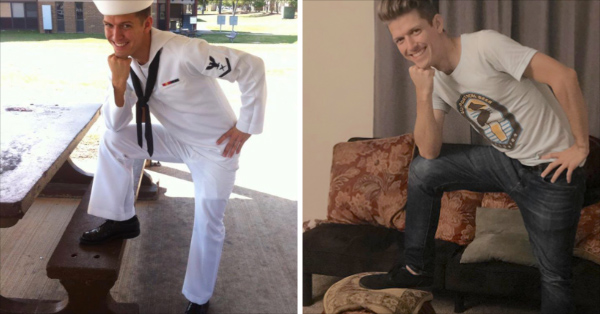 First, there was #MeToo, a hashtag that women on Twitter used to share their experiences of sexual harassment and assault. Then came #HimToo, which was popularized during Brett Kavanaugh’s Supreme Court confirmation and identifies men as victims, basically of the #MeToo movement. It’s pretty much the “All Lives Matter” response to “Black Lives Matter.”

So here’s a saga having to do with the #HimToo hashtag. It started when a woman tweeted proudly about her son but claimed that he wouldn’t go on dates anymore because of “the current climate of false sexual accusations by radical feminists with an axe to grind.” Ummm. Okay. She added “#HimToo” at the end and the tweet took off, inspiring mostly memes because it was so unintentionally funny. NOT that there’s anything funny about sexual assault, or about men being falsely accused, it’s just that this idea of tons of false accusations by angry feminists is totally made up.

Her tweet is now gone, but it included a picture of her son in his uniform and read,

“This is MY son. He graduated #1 in boot camp. He was awarded the USO award. He was #1 in A school. He is a gentleman who respects women. He won’t go on solo dates due to the current climate of false sexual accusations by radical feminists with an axe to grind. I VOTE. #HimToo”

So next, a man named Jon Hanson tweeted that the woman who’d sent that tweet was his mother. She was talking about his brother, who didn’t have a Twitter account, but was trending nonetheless. He explained that he was both feeling bad for his brother and laughing hard at him, because honestly, what can you really do in that situation?

Well, here’s what his brother, Pieter Hanson, did: he took it upon himself to join Twitter, using the handle @Thatwasmymom, and tried to straighten out the whole mess.

“That was my mom. Sometimes the people we love do things that hurt us without realizing it. Let’s turn this around. I respect and #BelieveWomen. I never have and never will support #HimToo. I’m a proud Navy vet, Cat Dad and Ally. Also, Twitter, your meme game is on point.”

So there you have it. His mom was wrong, and he’s not a #HimToo-er. But he’s very right that Twitter’s meme game is amazing. We’ve gathered together some of the funniest ones for you to enjoy.

So, if you happened to notice #HimToo trending on Twitter, now you know why. Don’t worry, it wasn’t a whole bunch of serious tweets, it was just Twitter doing what it does best—mocking people.

And Pieter Hanson seems to have already have gotten the hang of Twitter, doing the other thing Twitter does best—showing off pictures of pets.