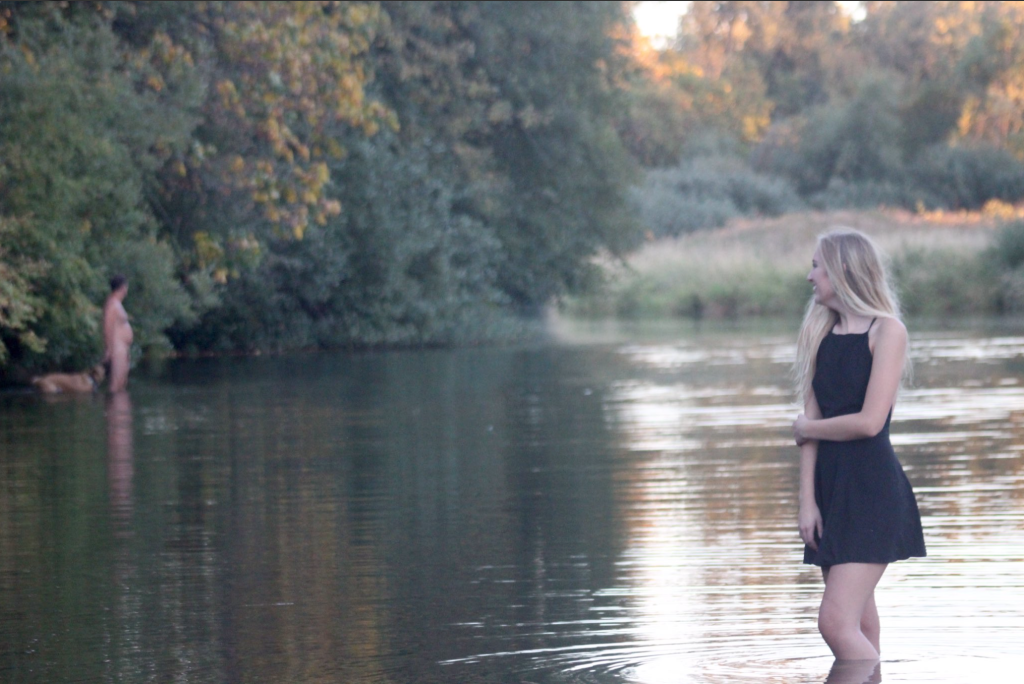 Senior pictures are supposed to be keepsakes, marking the transition from the awkward teenage years to equally awkward young adulthood. That’s what rising high school senior Jillian Henry was hoping for when she ventured to the idyllic coast fork of the Willamette River near Mount Pisgah on Sunday.

Didn’t quite happen that way.

Jillian and her photographer, friend Elena Nesbit, were in the middle of their photoshoot when they had an unexpected encounter…with a naked man and his dog who were cooling off from the late-August heat.

Jillian posted the results with an understated caption, “love my senior pics,” and a viral photo was born. The photo has received more than 21,000 retweets and 66,000 likes since Sunday.

“I posted it and was super excited when it got to just a few hundred favorites, and then I went swimming and was out of cell service for a couple hours and when I got back into service it was at a few thousand and just kept getting more and more,” she told The Oregonian/OregonLive by text on Monday. “I never expected it to get that big.”

“It’s kinda crazy when you think about how many people have seen that picture of you and that’s it’s a topic of conversation across the country,” she said, but added that all the replies have been “pretty positive.”

To date, the man and his dog both remain unidentified. We can only speculate what their core temperatures might be now.

If you are planning on taking senior photos, or any type of photos, in a river or other body of water, remember to check your framing first. A lesson we can all take to heart.