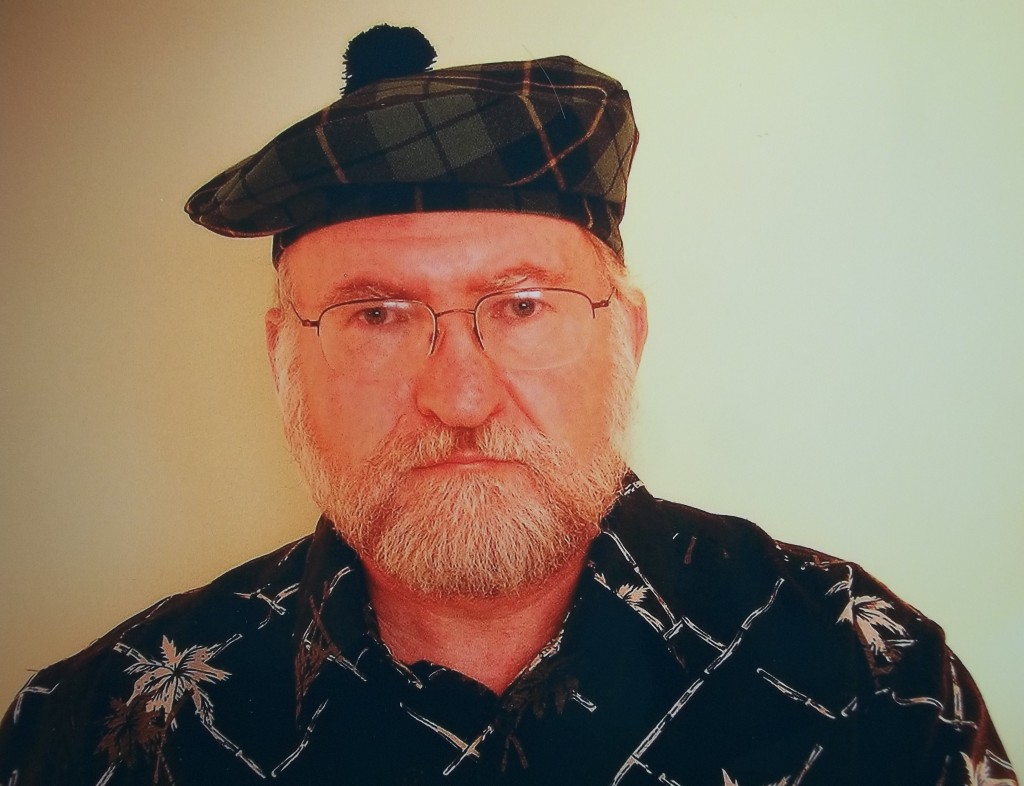 We received this story from Dave (above and yes, that’s actually Dave) and had to share it with you in all of its unedited glory. We hope that everyone can learn something from his harrowing experience and if you don’t believe it was harrowing, just count the exclamation points.

We bolded the juicy parts. Take it away, Dave…

First of all, let me make it clear. This is a true and unembellished story.

Nancy was pregnant with our second child Aaron and was probably in about the 8th month, rather balloon like in shape! We were attending a small church in Northwestern, Ohio close to where both of us were raised. As we entered the sanctuary while looking for a pew that would accommodate my wife’s delicate condition, we turned down the main aisle. I was walking directly behind Nancy when it happened! To my utter disbelief and sheer gut wrenching horror, I looked down and saw my wife’s underwear on the floor!!!

My mind was a dizzying blur, almost an out of body experience! Different thoughts raced through my head. Oh God what do I do? If I ignored them, someone else might pick them up…. a really bad idea! “Will the owner of the white oversize panties please come to the lost and found?” A really really bad idea!! If I move as in slow motion trying not to draw any extra attention, if that were even possible considering what had just happened, (After all how much more attention could we get!!!) an usher might assist me, an even worse idea! ” Here sir, let me help with those…….!!!!!!!!!!!!” At this point my only two options were to:

A. Faint, acting as though I was slain in the spirit, which would seem strange considering this was a non-charismatic church!

B. Act fast hoping that if I moved at lightning speed I could some how reverse time and wipe this event out my mind as well as of the minds of the 12 people who witnessed this but were now trying not to look by rearranging hymnals or making diverting comments. “Look Virgil, isn’t that the third week in a row the pastor has worn that suit”. “Yes Marge, It’s time for the ole love offering”.

As you’ve probably guessed by now, I chose the second one and during the following several years tried to blot this event out of my mind. Well apparently God has either a rather strange, almost twisted sense of humor or my wife needed to buy much better fitting underwear because as you’ve probably already guessed, “it” happened again!!

Now, nearly 6 years later and she, once again with child, at least 7 or 8 months worth, was back to the previous pear like shape! As fate or the mischievous hand of God would have it, we were again in church. This time we were in West Lafayette Indiana at a church we had only attended a handful of times. As we were exiting after the service, we stopped briefly to shake hands with a gentleman standing in the foyer. As we started to engage in idle yet holy chit chat “something” fluttered softly downward toward the foyer’s carpeted floor! At first my mind refused to accept the graphic reality of what my eyes were seeing! “Oh merciful God in heaven, tell me this is not happening again!” “Just let me die now!!!!!”

The next few minutes seemed to last an eternity, with time moving as slowly as molasses in January! The sense of déjà vu and flashbacks to the incident 6 years earlier turned my brain into something resembling petrified silly putty! “Maybe you could send the rapture Lord!” my mind briefly uttered, but quickly rejected the idea when I realized that the three of us would probably be stuck in the same heavenly elevator having the same conversation only now accompanied by harps!

I also know this incident had to be difficult for my wife but let’s face it, women only need to utter either of the magic “P” words (pregnant or pms) and are generally given a free ride no matter how wacky the behavior! “Let’s see mam, you ran five stop lights, created several free form crop circles and turned a poor cow into ground round. Pregnant?…..OK go on and have a nice day!”

Well, we all stood there as still as dime store mannequins for what seemed like a hundred years!! I was still hoping the panties would somehow spontaneously explode to release me from this torment, but alas, that was not to be! I thought of ways to divert attention….. Perhaps start a conversation about Da Bears since Chicago was close…. but reality set in and I remembered…I DON’T KNOW SQUAT ABOUT FOOTBALL!!! Darn it… I knew I should have signed up for those intramurals in the eighth grade! Maybe start coughing and act like I was choking.. yes that might just work! Then it hit me.. This guy that I hardly know would perform mouth to mouth on me…. maybe not as good an idea as I had thought!! (a little too friendly).

Well, what finally happened was that I edged closer to my wife while straining to chit chat, snagged the panties on my wing tip, reached down as if scratching my leg, grabbed the panties (it was like poetry in motion) until I realized my wife was standing on the other corner of the underwear!!! SNAP!!!!!! “Can this get any worse, Lord?” We finally somehow extricated ourselves and hurriedly scampered out the door. This was our last visit to this church, that is without disguises!!!!