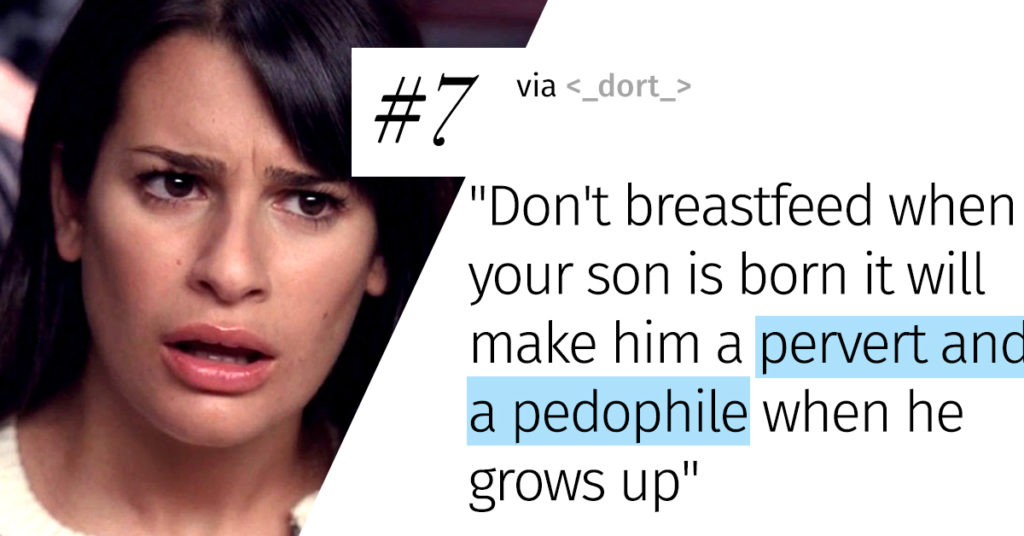 In times of distress, we often turn to the ones closest to us for advice. Sometimes that advice is comforting and helpful, but other times it’s just downright ridiculous. It doesn’t take long to weed out whose advice you should consider and whose you should never ever listen to.

These Redditors, for instance, have all had someone in their life give them some truly terrible advice and we’re honestly a little concerned for them.

I have a chronic, incurable condition characterized by pretty intense nerve pain and I’ve been advised to “just ignore the pain and then you won’t be hurting anymore” on several occasions.

From my MIL “Don’t breastfeed when your son is born it will make him a pervert and a pedophile when he grows up.”

A friend of mine was told by his dad that he shouldn’t use a condom on a virgin. Lost his virginity to a virgin in high school and his partner ended up pregnant. Changed his whole life.

My husband and I are waiting another year (it’s been 4 already) to have our second child. When I told my mother this she advised me to “accidentally forget” to take my birth control for a week or so and not tell my husband.

If you don’t know if you want kids yet, you should just have some.

Don’t take birth control because if you get pregnant something will be wrong with the baby. Ok, Karen the whole point is to not get pregnant.

“You know, son, there really is no such thing as cheating if you aren’t married. The Bible doesn’t recognize any relationship that isn’t bound in the covenant of the Lord. So until you are married, relationships don’t really exist.”

Thanks Dad, you just indirectly explained why you’re on your third marriage.

This wasn’t me personally but my mom told me that we had a neighbor that used to constantly tell my dad that life insurance was a waste of money and tried to convince him to stop paying for it. Fortunately my dad was intelligent because he died five years later and my family would have been completely destroyed without it.

As someone who has battled depression in the past, the worst advice was “Just be happier.”

What a novel idea! What didn’t I think of that?

From my sister’s MIL before her and her husband got married: “marriage is such a commitment, you guys should have a kid first to see if it works out”.

How can you have social anxiety? Just don’t act stupid and people won’t stare at you.

Father-in-law told me not to take antibiotics when I got walking pneumonia. His advice was not to listen to doctors and drink water, fast for three days and take naps rather than sleep at night. He got Pneumonia after a trip overseas recently. Guess what? Antibiotics, chicken soup and sleeping at night.

If you ignore it, it will go away.