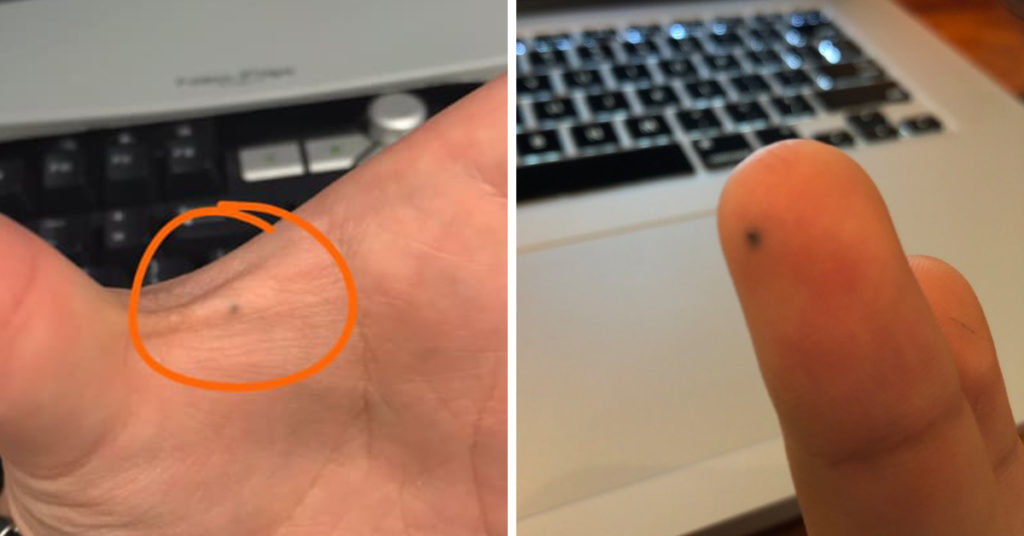 Remember when you were younger and your friends would f**k with you and stab you with a pencil? Don’t act like I’m weird for asking that question because everyone had that one friend who would do weird sh*t like that. As it turns out, we were all strange AF when we were younger, because more people than you think have led stuck in their bodies from years ago—when our friends stabbed us with pencils. How do we know?

Recently, a Twitter user asked people to share photos of them with led from pencils stuck inside their bodies. How did they get there? Only one way.

Before he knew it, people were sending photos of all sorts of body parts to show that we may have grown up in different places, but truly, we’re all the same kind of idiot.

(in middle school) i was sitting next to this boy i had a crush on and he stabbed me in my leg with his pencil after i laughed when he fell off his seat pic.twitter.com/4bFuKvW6hx

Hello. I got frustrated while practicing single digit multiplication in 3rd grade and decided to slam my head on the table. However, I hit my pencil that was sticking point up. It’s still here 11 years later. pic.twitter.com/ZrkKAsI8bS

in 1st grade my friend high fived me w a pencil in her hand ? pic.twitter.com/qoZFYRmXRd

thought I was the only one pic.twitter.com/NaJ2uiTLc0

In first grade the teacher made @El_Tor0 my reading buddy and he wasn’t too happy about it, so he stabbed my left pinky with his mechanical pencil. I’ve had this led stuck in me ever since.?? pic.twitter.com/FoBojuMo38

my sister threw a pencil at me when i was in third grade & was just an inch away from being blind pic.twitter.com/BkrYll5sTE

happened when i was like 8, had a pencil on the floor that got stuck in the carpet at a weird angle and stabbed my toe!! i always figured it would go away by now but no ?‍♀️ pic.twitter.com/AVbJcJddn9

Stabbed myself with a pencil on accident in 2nd grade. 22 years ago and it’s still there haha. pic.twitter.com/D08zfhNmAg

1987. I hit Henrik Josefsson in my class over the head with a book and he retaliated by stabbing me with his pencil. We were 8. pic.twitter.com/opaX9tgbye

In fourth grade, my crush stabbed me with his led pencil and I still have the mark of our love. pic.twitter.com/czwPhhO29v

Hello one time my sister stabbed me with a pencil when we were playing tag pic.twitter.com/rAZ4HzNBUz

Swore i was the only one pic.twitter.com/KMnvcOuEDE

I thought I was alone pic.twitter.com/iSarxNU1NW

Happened during 3rd grade, walked to the nurse with the whole pencil still in ?? pic.twitter.com/AS1WwOx6bG

I got stabbed in the hand by a boy I liked in the third grade pic.twitter.com/3rHmr3q3Zk

OH MY GOD!! in 3rd grade a girl stabbed me with a pencil and i still have the lead in my arm pic.twitter.com/h7nilx2Bhz

So, there you have it folks—we’re all sociopaths.