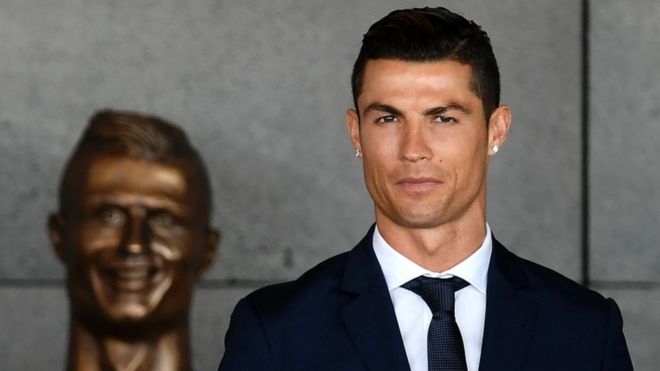 Cristiano Ronaldo is one of the greatest active soccer players in the world, and he’s been celebrated accordingly. But a recent attempt at immortalizing him wound up confusing everyone.

Ronaldo’s hometown, the island of Madeira in Portugal, was honoring their favorite son by renaming the local airport after him. (He already has a museum and a hotel named after him there.) The ceremony included an unveiling of a bust of Ronaldo that would be displayed in the airport. But when the bust was unveiled, it barely resembled him:

As you might expect with a story involving an international celebrity and a plan that went awry, the Internet had a field day. This Twitter user imagined what Ronaldo would have to look like for the statue to be accurate:

I don’t what you’re all talking about, that #RonaldoBust looks fine pic.twitter.com/QefUPwYkpf

We feel pretty bad for the statue designer, personally. Ronaldo, who plays for Real Madrid and models for Armani, will probably be just fine.