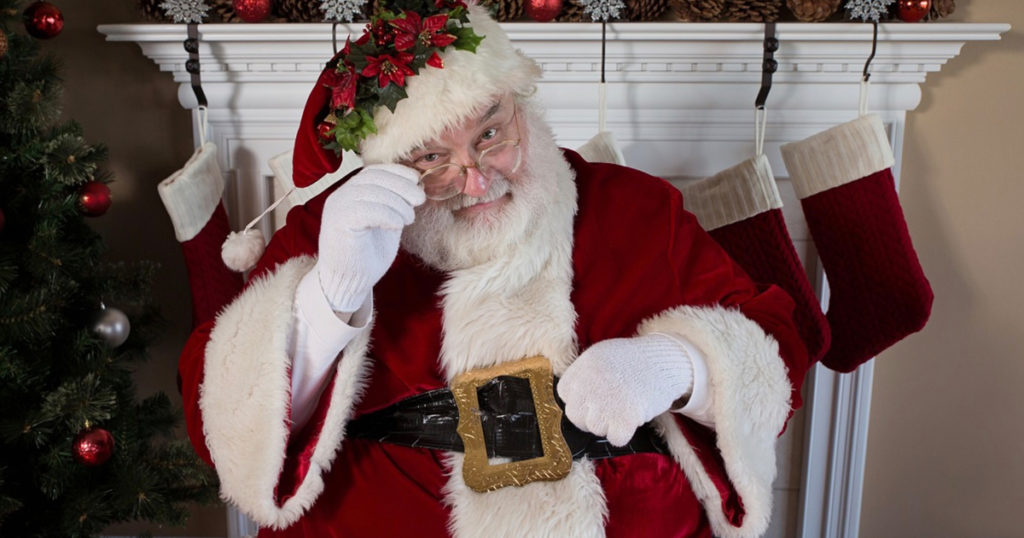 Well, it’s official — in this day and age, no one can escape the unmercifully harsh light of judgment and criticism…not even jolly ol’ St. Nick. A recent survey reveals how the general public would like to see Mr. Kringle modernized and rebranded. Among their suggestions? Ditch the iconic red and white jacket. Drop a few pounds. Tat yourself up. Transition into becoming either female, or gender neutral. And in a world where “Baby It’s Cold Outside” may now be taboo (and Rudolph himself might be running with the wrong crowd), why stop there? In that spirit, we present some other potential options for Santa to ponder.

1. Drop the “Saint” from Saint Nicholas

Not every religion has saints, so why run the risk of having that subset feel excluded? Or what about atheists? Are you inadvertently imposing your religious views on them? And even if saints are a part of your belief system, suppose you aren’t one yourself? Could that somehow make you feel inferior? If so, what kind of Christmas would that be?

Boy, that’s some carbon footprint you’ve got there. We’ve got two words for you: reindeer farts. There’s nothing merry about that methane. To your credit, you could be using a supersonic jet to make your deliveries. So, perhaps you get a pass on this one (although PETA may beg to differ).

What if I don’t want to wait until December 25th for my Hatchimals? Get with the times, Claus…before Amazon Prime whitewashes you into oblivion.

4. More diversity among your employees

Look, nothing against your workshop full of elves, but to coin a phrase which may sound familiar, things are looking awfully cookie cutter. Do any of your laborers hail from somewhere other than Middle Earth? Do you have something against hiring employees who are under a thousand-years-old? And are we supposed to believe you haven’t been able to find even one qualified/able-bodied Hobbit?

Here’s something that none of us want for Christmas: yet another reason to hunker down in a safe space sobbing uncontrollably into an emotional support animal. Newsflash, those pricks on your so-called “nice” list ain’t exactly sharing their toys with the naughty-listers you chose to leave with jack squat. How about advancing a world without labels, in which even your own oversized gut wouldn’t be insensitively compared to a bowlful of jelly?

Your current location can’t possibly be cost effective — even given the fact that you’ve recently converted from oil heat to a pellet stove. Ask your own elves, the commute from Middle Earth to the North Pole is beyond a bitch and a half. And how about something more centrally-located for that arduous Christmas Eve journey? Colombia is right on the Equator, and chock full of substances which could definitely provide your reindeer with all of the energy they’d need.