Stay-At-Home Dad Proves That Being A Dad Is Metal 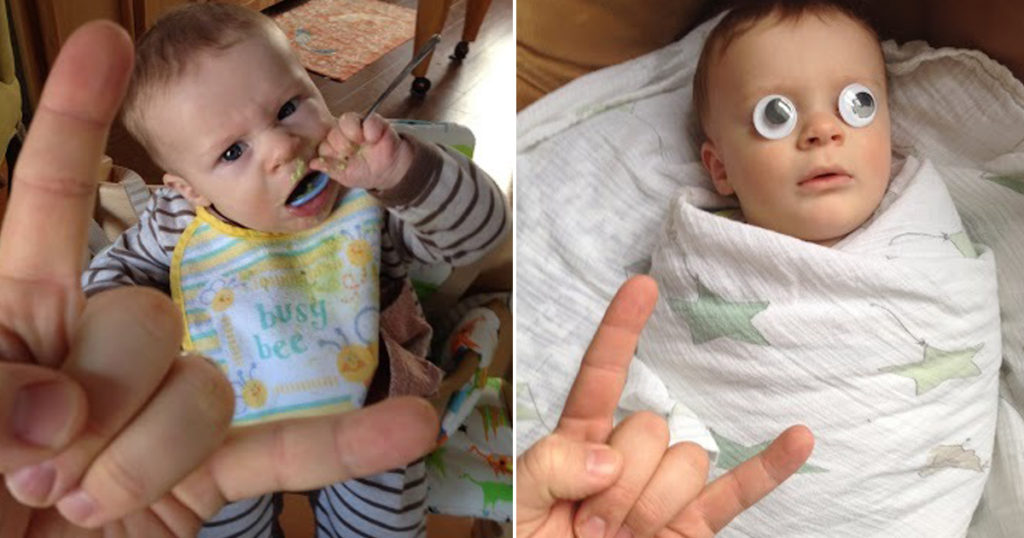 When Dad, photographer, and heavy metal fan Brian Reda posted a photo to Reddit a couple years ago, he thought it would give people a smile. The photo showed his nine-month-old son Livingston checking out a bear at the zoo. But it also included Brian’s metal “horns” in the foreground. It was just taken for fun, but some Redditors took Brian to task for ruining a cute photo of a kid.

Rather than back down from the backlash, Brian decided to expand on the photo with a whole series of photos of Livingston’s moments of everyday life, always accompanied by the devil horns. But it wasn’t just about sticking it to the haters. Brian told The Huffington Post that the project illustrates the father-son relationship. “It’s about being father and son. We’re a little team. When he glances at the camera he’s connecting with Dad and the audience vicariously experiences our relationship.”

You can check out Brian and Livingston’s photo series below: