Store Uses Googly Eyes On Old Fish To Make Them Look Younger And Surprise, They Get Busted 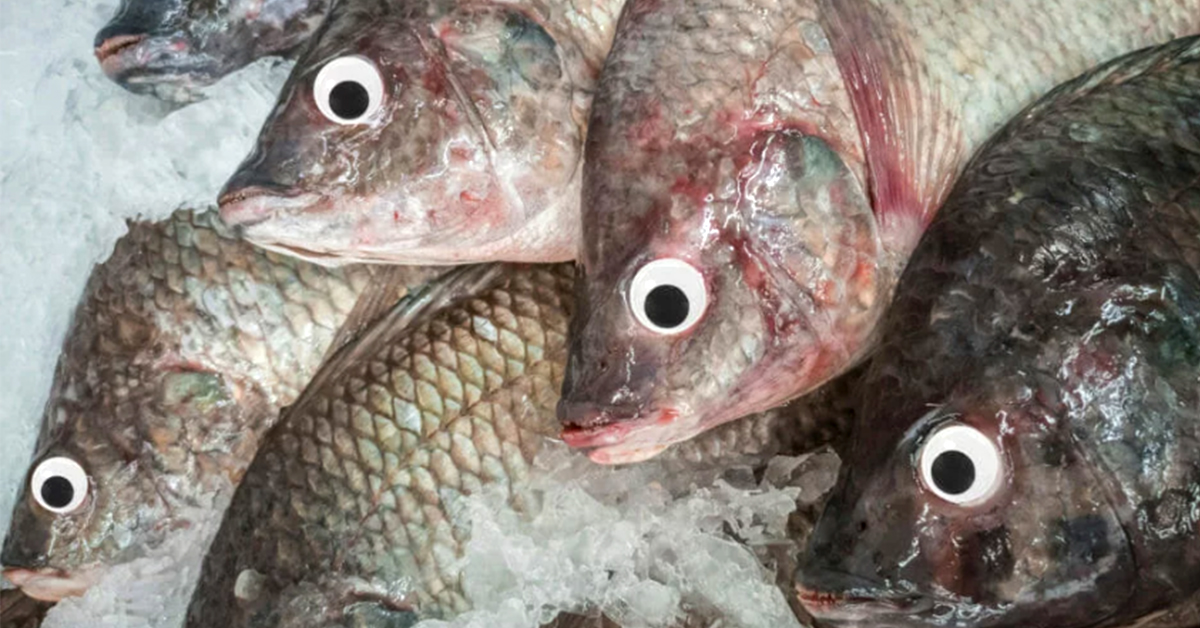 Authorities in Kuwait have shut down a market. The reason is causing a lot of amusement on the internet: the store was putting plastic googly eyes on fish to make them appear fresher.

Kuwaiti police has shut down a fish store that was sticking googly eyes on fish to make them appear more fresh than they are. ?
via Al Bayan newspaper, @bayan_kw. pic.twitter.com/CcPa73fDQh

It’s unclear if the store was using the plastic eyes only for advertisement purposes, or if people were actually going home with googly-eyed fish.

The story has gone viral in both America and Kuwait, with one company now advertising that they have “Fish without cosmetic surgery”.

Twitter found the ruse to be hilarious, and the puns came fast and furious.

lol there’s something fishy going on ?

They need to scale back a little…

Is this what they mean by bait and switch?

Eye that’s a fishy tail for sure. The net is closing in and the scales of justice will catch up, then they’ll be in deep water over this.. as for this tweet, I can’t fillet with any more puns. ???

Many people also used to opportunity to share their own googly eye tales.

Ok, this happened THE ONE WEEKEND I decided to put googly eyes on all the things while I traveled for comedy and everyone on FB keeps tagging me. I didn’t googly eye any fish! pic.twitter.com/SoDdtWmsGR

Reminds me of this pic.twitter.com/WB4hNXLpDb

This story serves as a great reminder to all the people out there shopping for fresh fish. Make sure to shake the head a bit before making your final selection. If you hear a soft rattling noise coming from the eyes, it’s probably best to move on to another store.

This article first appeared on The Daily Dot.