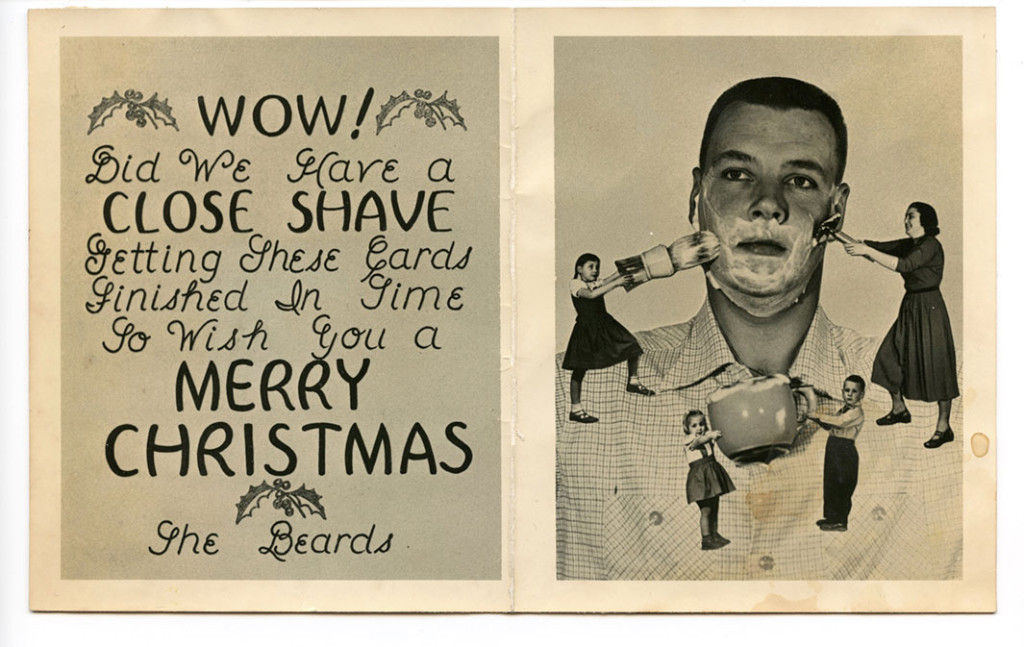 Thank you to Robert E. Jackson for passing along this Slate piece from Jon Feinstein, a Seattle- and New York City–based curator, co-founder of Humble Arts Foundation, and the strategic partnerships manager at Shutterstock.

“Robert E. Jackson has spent almost 20 years building a collection of nearly 12,000 vernacular photographs, mainly from the 1920s through the late ’60s, with a particular eye for the strange and uncanny. His expertly hand-picked photos have drawn attention largely for their ability to transcend nostalgia with what he describes as “pure photographic moments.” These moments range from accidental lens flares to unrelated visual commonalities. “Pure photography,” Jackson told me in a Humble Arts Foundation interview earlier this year, “was a name I coined for those images which didn’t really fit into any category—which seemed to be abstract objects. They didn’t tell an obvious story.” Within these pictures, Jackson is drawn to the transparency of mistakes, and their ability to elevate sentimental documents into art. Unlike Instagram, which could be considered a contemporary vehicle for the snapshot, these visual anomalies came from a lack of control that social media enables us to have today. Re-contextualizing these “pure photographs” helps Jackson and viewers to “appreciate the beauty of the photo as an object divorced from narrative and lifestyle.”