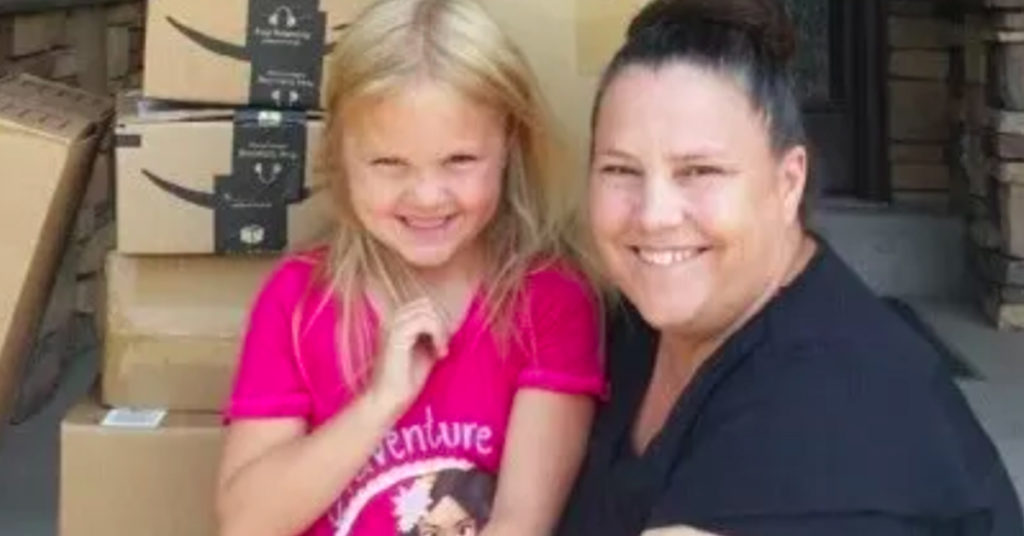 6-year-old Caitlin is a precocious child, a word which here means “ultimate scammer.”

Caitlin’s mother recently let her order a Barbie on Amazon for her birthday. Mom then allowed Caitlin to go back on Amazon to check when the package would be delivered, unaware of the financial implications of this seemingly innocent request.

The next day, the mail guy showed up at the family’s Utah home. That’s when they realized something was very, very wrong.

“Her mom went on her Amazon account and saw three pages of things she had ordered.”

As it turned out, the 6-year-old had ordered $350 worth of toys, video and board games.

“She knew exactly what she was doing when she did it,” Diyaolu said to BuzzFeed News. “I was so surprised that a 6-year-old knew how to do one-click, next-day shipping.”

Diyaolu shared a photo of the delivery on Twitter, where people couldn’t get enough of Caitlin’s scammy ways.

My badass little cousin ordered $300 worth of toys w/o my aunt & uncle knowing. This is a picture of how everyone found out. pic.twitter.com/wHWVhsMBYI

The delivery driver posed for a picture with unapologetic Caitlin and her tower of goods.

The child’s utter lack of regret was a source of inspiration.

Apparently, this is not an infrequent occurrence in the age of Amazon Prime.

According to BuzzFeed News, Caitlin doesn’t get to keep any of her goodies besides the Barbie.

“She did not get grounded, but she does not have access to the internet for a month,” said Diyaolu.