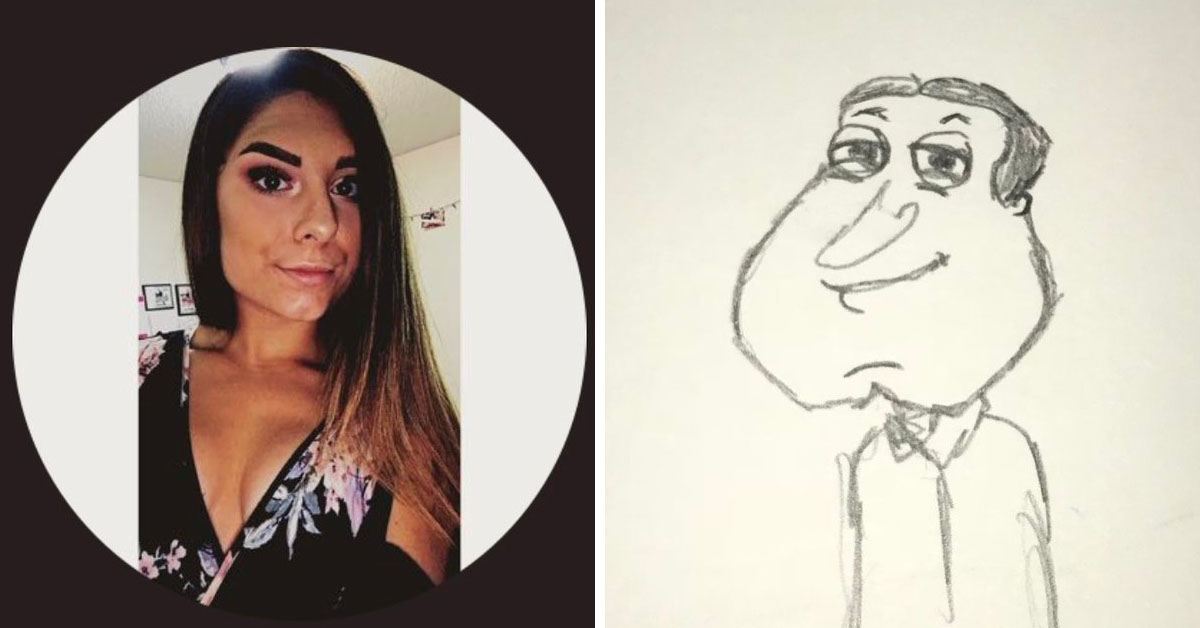 You can find plenty of friends to gas you up online, whether it’s by complimenting your selfies or RTing your jokes. Why not take a break from all that validation and let someone make a complete mockery of you? That’s Twitter user and artist @Ansonart’s whole deal. Every once in awhile he offers his services on Twitter, saying that if you follow and retweet him, he’ll draw your avatar for you. At first, people went along with it because they thought they’d be getting a beautiful original drawing.

Now they go along with it because they’re masochists who crave mockery.

Everyone of Anson’s drawings is basically as insulting as possible. He takes one real thing about you, and exaggerates it horribly. You’ll look like a potato head, or an angry cricket, or something. No one escapes without questioning themselves. If you thought you were kinda cute before, Anson will ruin that for you. So please, follow and RT very carefully. You may not be able to handle the truths Anson is doling out: and he’s at it again.

Last thread got too many retweets so I’m starting a new one! RT and follow me and i’ll draw ya avi ????

By now, most people know what they’re getting into, but that doesn’t seem to stop them:

But I’ve begun to suspect that a big part of the fun is getting pissed, because Anson often RTs his favorite reactions to his drawings. There are a lot of threats coming his way.

this kid NEEDS to be stopped omg https://t.co/l42bKnnJT3

WHATS UR LOCATION WE BOXIN https://t.co/8VwQbAxcNf

Their anger only makes him stronger! Though Anson has hinted that the constant requests for drawings is starting to get him down. He’s so popular, he could draw awful avi photos forever. But is it what he wants?

Very sad that a young man at the height of his career is already exhausted by his fandom. Anson has struck a nerve with everyone who hangs out on Twitter—we all secretly hate ourselves. Why else would be we be on that cursed website? Draw me like one of your Twitter girls, Anson. Yeah, yeah, like my head is grotesquely swollen and I have spaghetti for hair. Perfect.