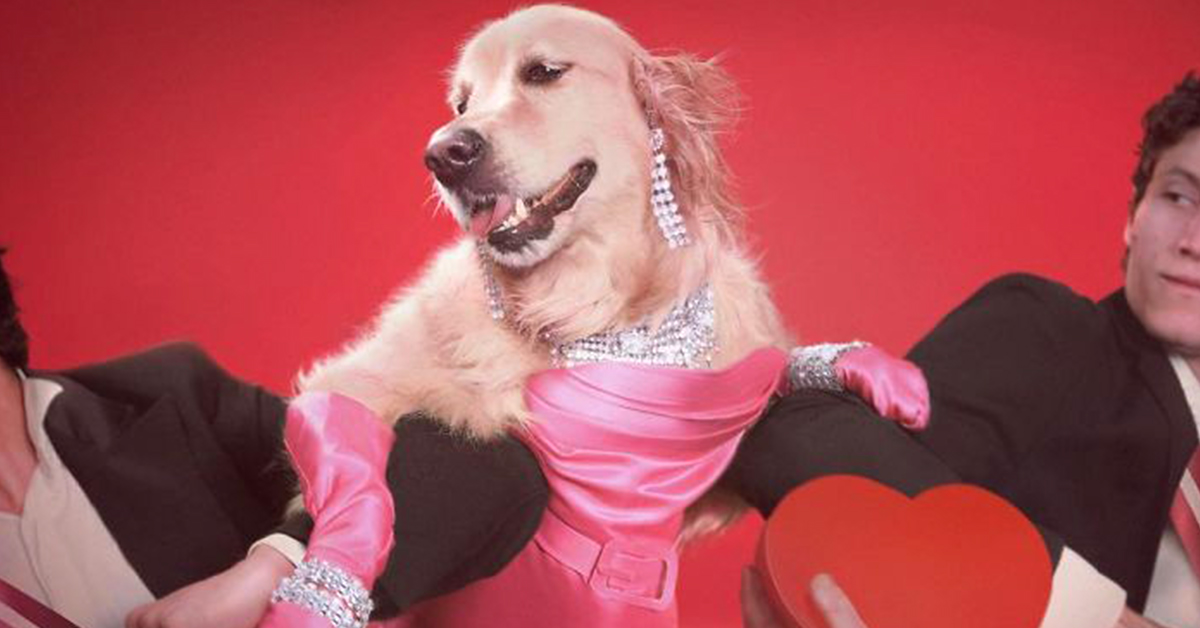 Vincent Flouret is a French fashion photographer who has shot ad campaigns from companies like Hugo Boss and Dior featuring celebrities like Natalie Portman and Brad Pitt. His most recent project is far more personal—it features his 6-year-old dog Max—dressed as Madonna.

The photographer applied the glitz and glamor of the couture fashion world to his beloved pet. “He is my priority,” Flouret told BoredPanda in an interview. “Everything is like a game for him so yes, for example, if he needs a hat for a picture, I buy it weeks before and we play with it like if it’s one of his pet toys. And so, it’s ‘normal’ and fun for him when we shoot for real weeks later.”

The two collaborated on a project Flouret titled “Maxdonna,” a recreation of Madonna’s most iconic music videos and album covers. Max—ever the willing subject—absolutely nails every look, resembling the Queen of Pop with astonishing accuracy. Take, for example, the “True Blue” album cover:

As well as this scene from the “Material Girl” Music Video:

“These pictures, between the shoots, the homemade costumes, the training took me 8 months to do,” explained Flouret.

“I am a big fan of Madonna, these pictures I’m doing with Max are tributes to artists that I love and respect.”

“It’s a break between my commercial work, that is bringing me to the simple pleasure of pure creation, love, and happiness.”

Perhaps best of all is that the proceeds from the prints Flouret sells of “Maxdonna” are donated to Madonna’s charity Raising Malawi, which improves the lives of orphans and underprivileged children in the east African nation.

“When I decided that this year would be a tribute to Madonna,” Flouret told BuzzFeed last month, “the subject had to be taken seriously.”

“Between visual research, sourcing materials, training Max, making the costumes, building the sets, and of course studying the light and taking the pictures, this project took a total of eight months to bring to life.”

“Max is curious, always wants to play, and to be able to take pictures like this, I present everything to him as a game,” Vincent says, when asked how he gets such great shots of Max. “As long as he’s having fun and getting his fill of hugs and treats, he’s a happy dog!”

This Harper’s Bazaar cover recreation certainly attests to the truth of the statement:

When they aren’t working, the two just hang out. Their morning ritual, according to BuzzFeed, is as follows: “First thing when I wake up, I play a rumba or cha-cha song. As soon as Max hears it, he runs to the other side of the apartment and waits for me with his favorite toys and we dance together. Then I can have my coffee!”

Keep up with Flouret and Max the dog at @max_et_vincent on Instagram, and make sure to check out Flouret’s other work on his website.