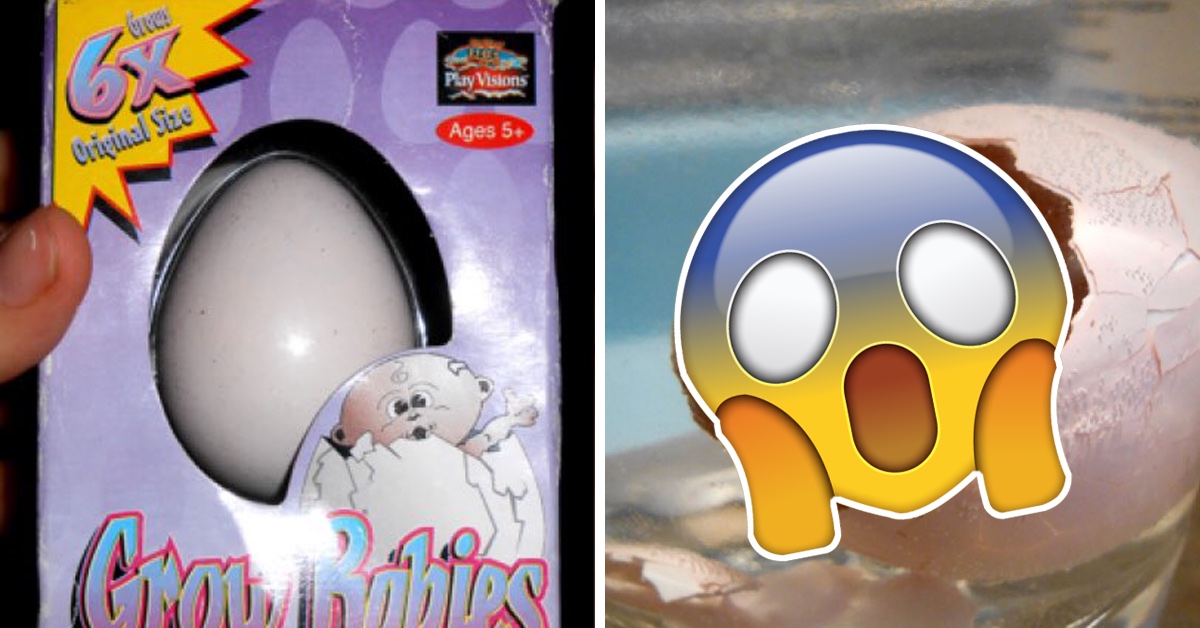 When you’re shopping in a thrift store, you can come across some pretty incredible finds. (I once found a mug that said “Over The Hill And Off The Pill,” so I have some experience in this department.)

However, you can also unwittingly step into the storyline of a horror movie.

Tumblr user IguanaMouth recently decided to take a chance on a dated-looking toy found in a Goodwill which promised to somehow hatch and “grow babies” in water. (And no, this isn’t the plot of a Gremlins sequel.) The packaging promised that the product was “Amusing!” and “Funny!” and “Novel!”

The project apparently required soaking in water for 15 hours. However, 9 hours in, the “thing” started to hatch. (And no, this isn’t Jurassic Park, either.)

The creature which emerged from the egg was … horrifying, to say the least.

Is this how mad scientists are created? I think so. The only thing missing is the scream of “IT! IS! ALIIIIVE!”

Twitter got hold of the wild saga and the photos of the warped baby soon went viral.

I’m in actual tears from laughing so hard at this post pic.twitter.com/w04mzkLk6B

People were deeply disturbed, of course.

WHAT IN FRESH HELL— pic.twitter.com/hFlm6bFI7y

Most were in agreement: this is definitely an alien baby of some kind.

However, some people also theorized that this baby egg was simply a prediction of the future president (which we discovered too late).

I’m pretty sure you grew a baby trump. pic.twitter.com/REN6OmitJ6

Either way, maybe don’t store that thing in your room, IguanaMouth.

I have a feeling that it’s full of evil and is set on absorbing your soul while you sleep.