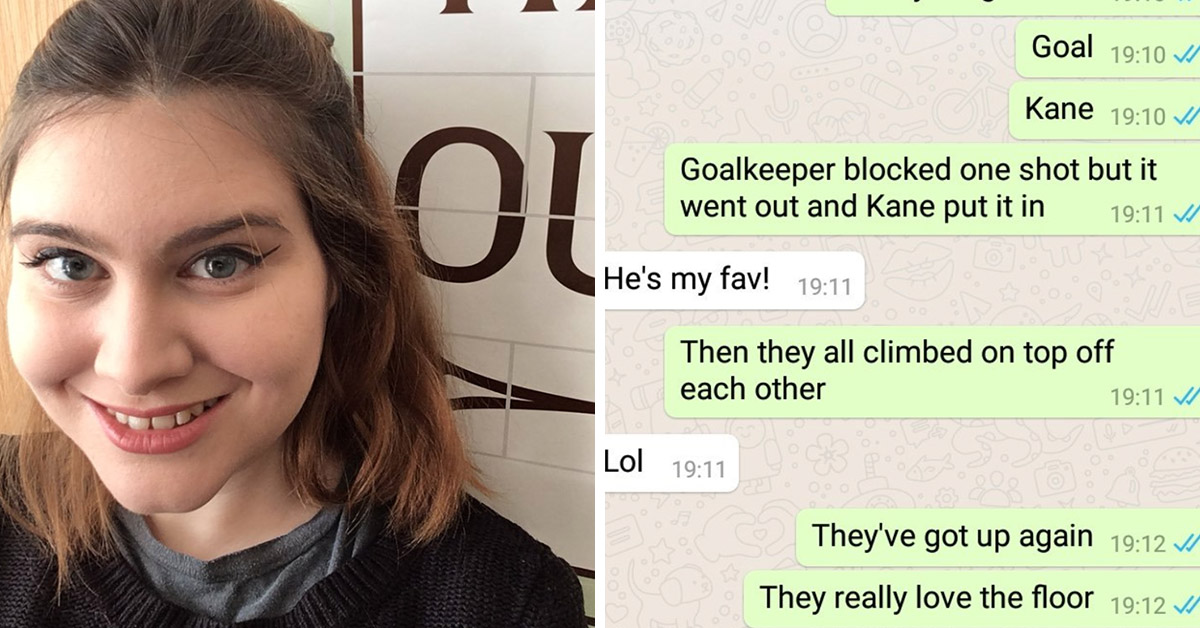 As many are aware, the World Cup has kicked off this summer as soccer teams from countries around the world travel to Russie to compete for the gold.

While not everyone loves soccer, everyone loves to support their culture and their nationalities by rooting for the country they come from, or their family comes from. And, while we try to catch every game on TV, some of the games are at awkward times–or, on channels that are unavailable to us. What do you do when a team you’re rooting for is playing at a time you’re unable to catch the game? Ask your girlfriend, of course. One Twitter user shared the hilarious text exchange between her and her boyfriend after he had asked her to send “updates” of the England vs. Tunisia game, saying:

My boyfriend asked me to text him updates from the #ENGTUN game as he’s on his way home. You can’t say it’s not accurate. #WorldCup

She delivered–in the best way possible. It started out pretty normal, and then, took a turn…

“The man is no longer on the floor.”

“Two men, one from each team, have their hands in the air.”

I’d pay to see that.

Honestly, this is the best play-by-play of a soccer game I have ever seen–and, if I had this girl narrating the entire World Cup, I might actually watch a few games. Twitter definitely agrees.