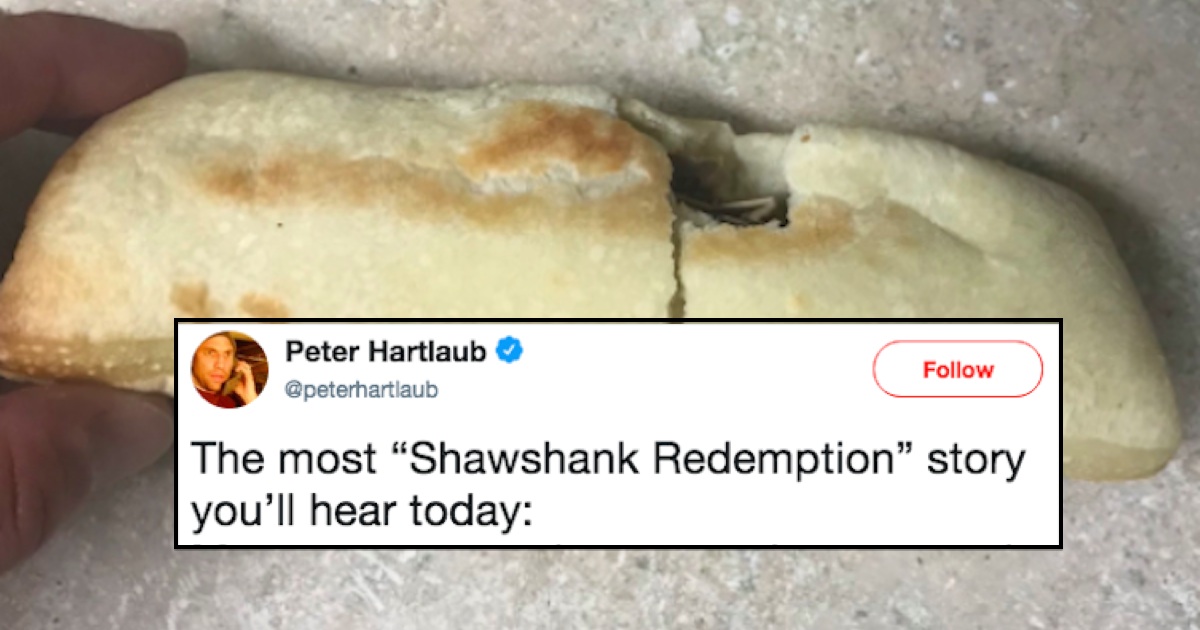 There are two things kids love: sugar and tricking adults. They will pour all their energy and ingenuity into acquiring the former and performing the latter. The more sugar they get, the more intense the tricks grow. Just consider Halloween. What do kids say when they knock on your door?

“Trick or treat,” they ominously chant. But they want both.

Halloween only comes once a year which leaves children 354 more days to come up with sugar-grabbing scams. Pop culture critic Peter Hartlaub has a son who is already strides ahead of the rest of the pack of tiny scammers. Hartlaub tweeted that he has had to search his child’s pockets when they leave restaurants, because he’s taken to sneaking them to the car for a little post-dinner snack.

So, his boy came up with an ingenious solution: hollow out a breadstick and stuff it with contraband. It’s like he invented an illicit activity he is too young to have even heard of.

Look at the seam on this breadstick, it’s masterful work:

And then the good stuff inside:

Apparently, this is the work of a ten-year-old child. I don’t know if that’s too old for a kid to think they’d get away with a breadstick stuffed with sugar or so young that we should all already be terrified of what he’ll grow up to do.

When asked how no one noticed the boy’s innovative technique, Hartlaub explained that it was at a huge event with 60 plus people. He assumes someone saw, but decided to let it go because it is undoubtedly hilarious. Everyone is too impressed to be mad, including his folks:

This kid is either going to become an amazing thief, lead a prison break, or grow up to be a writer. https://t.co/bs1EHdcwrh

There were a few stories from people who have been both impressed and disappointed in their kids and their attempts to sneak treats:

But one of the most important reminders is that kids are kids, and they ALL want to eat sugar packets:

Hartlaub probably didn’t let his kid keep those sugar packets, but he really should have. The boy earned it.