This Wedding Photo Is The New Distracted Boyfriend Meme 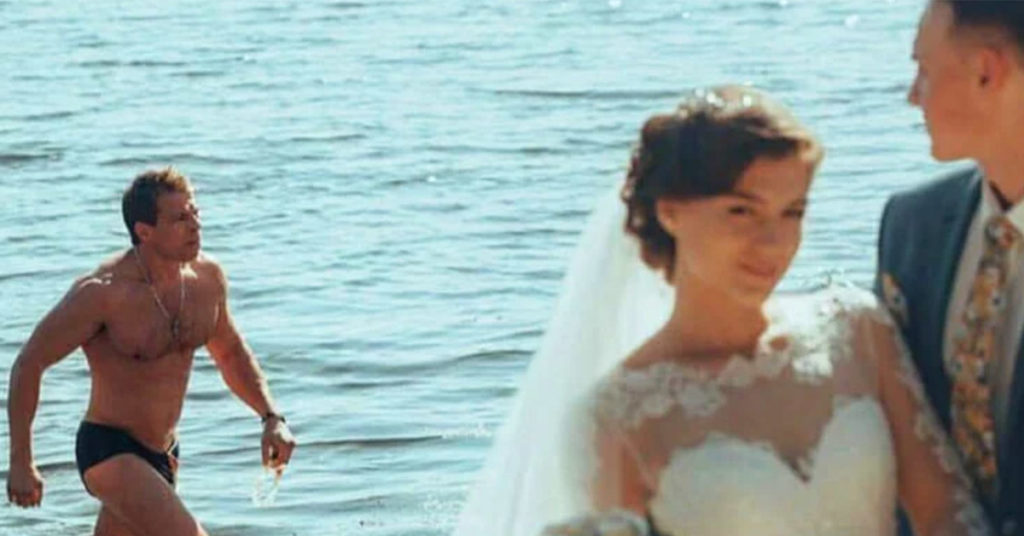 When the Distracted Boyfriend meme exploded on the internet last year, it quickly became the most popular meme of 2017. Now, the omnipresent stock photo has become perhaps the most notoriously popular meme of all time. Even the average person who is not Extremely Online can likely instantly recognize the trio of players, and the meme has gone on to inspire intentional imitations as well as accidental copycats, popping up everywhere from Star Warscosplayers at Comic-con to 18th-century paintings.

The latest such accidental Distracted Boyfriend meme comes to us from the “bi irl” subreddit, where the following wedding photo outtake appeared over the weekend. In the photo, a newly married couple is seen standing on a beach, with the groom seemingly distracted by the muscled, Speedo-wearing hunk behind him majestically emerging from the surf with a gold chain dangling in the sun.

It didn’t take long before someone connected the dots and realized that the photo evoked Distracted Boyfriend—or, groom, in this case—as you can see in a tweet that went viral early Monday. ” Is… is this an improved version of the ‘Distracted Boyfriend’ meme,” writes Twitch “gaymer” @skylxrksays on Twitter.

Is… is this an improved version of the “Distracted Boyfriend” meme pic.twitter.com/VihmJGDnx6

From there, others joined in on the fun, using the new and improved meme to joke about a variety of things, including the meme itself, gaming, and the internet’s latest darling, the new Philadelphia Flyers mascot Gritty.

And then a few people got extremely meta with it:

It’s unclear where the photo originated from before it made its way to Reddit, or if the bride and groom would have a sense of humor about their newfound viral fame. There are certainly worse things to happen in wedding photos. For instance, it could have been Adam Sandler stealing the bride’s thunder.