This Woman Accidentally Set Up Two Strangers On A Plane, And Her Play-By-Play Went Viral 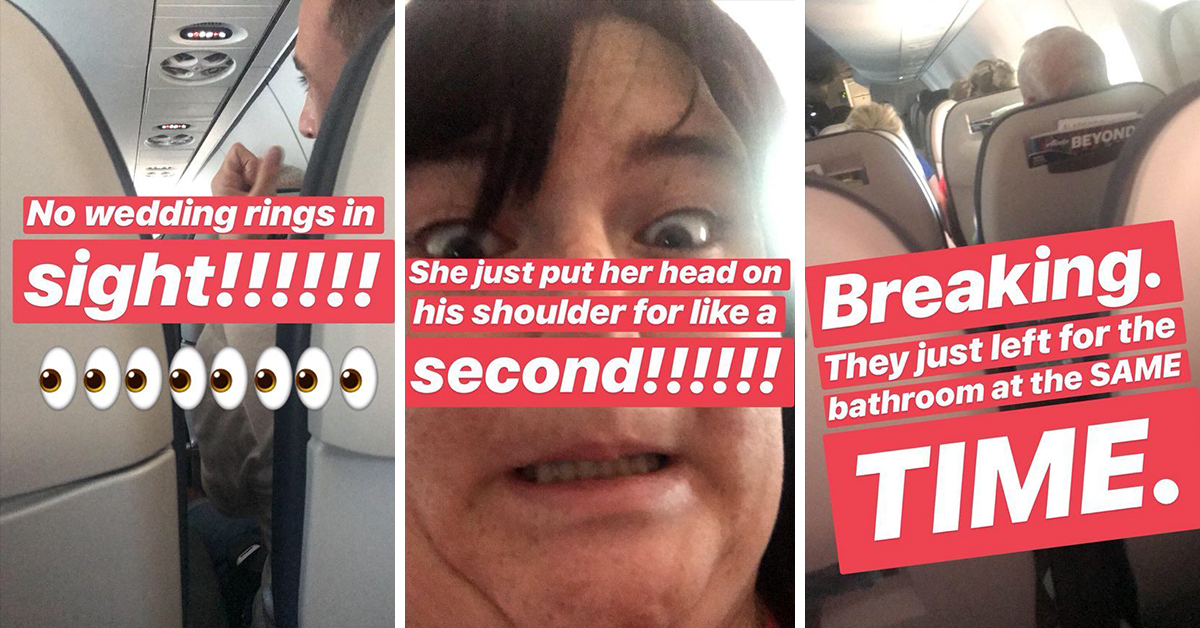 It is a rare thing to find love serendipitously, and rarer still to hear of a non-disastrous event taking place on an airplane. But both of those things happened simultaneously right before Rosey Blair‘s eyes on Monday evening as she was flying home to Dallas.

Blair asked the woman who was seated next to her if she wouldn’t mind switching seats with Blair’s boyfriend, who was assigned a seat one row up. “We made a joke that maybe her new seat partner would be the love of her life,” Rosey tweeted. The woman agreed, and moved to the row in front of Blair and her boyfriend.

What ensued was, just maybe, exactly what Blair had JOKED would happen. In other words, this chick may indeed just have met her soulmate. Blair began to post detailed updates throughout the flight — even going so far as to purchase extra wifi to make sure she kept followers in the loop.

We now know that the “Hunky Plane Guy” in this well-told tale is Euan Holden, a fourth-round Major League Soccer draft pick in 2010 who finished out his playing career in Europe. His brother, Stu Holden, is a former U.S. National Soccer Team player and current World Cup host.

“Pretty Plane Girl” may or may not have been identified; this is unconfirmed. What is confirmed is that all of Twitter sat riveted, wondering what the deal is between the two plane baes.

The plane baes got closer and closer as the flight went on.

Rosey and her boyfriend wondered whether Hunky Plane Guy would buy his row-mate a drink.

No drinks were ordered, but a cheese plate was shared.

Rosey Blair’s story captivated dozens. Tons of people began sending her messages, telling her how invested they now were in the Plane Bae saga.

At one point during the flight, the Plane Baes got real about life.

The updates continued as the potential couple disembarked.

The ending was a happy one, although admittedly slightly anti-climactic.

The updates continued even after Rosey and her boyfriend got home and had Plane Baes on Instagram. Later Monday, the couple provided an updated because Hunky Plane Guy had actually FOUND the viral Twitter thread and had gotten in touch.

He said we could spill the beans!!! ? pic.twitter.com/CHmMz91fDB

Euan Holden even tweeted about it.

Rosey and her boyfriend sort of encouraged followers of the story to do their own sleuthing regarding the identify of Pretty Plane Girl.

This may or MAY NOT be her:

The story even beguiled random celebs like Monica Lewinsky and Mark Hoppus:

Unfortunately, there’s no update about whether #hunkyplaneguy and #prettyplanegirl ever continued their romance, though we’d like to think that if so, they’ll do us all a solid and livestream their wedding.