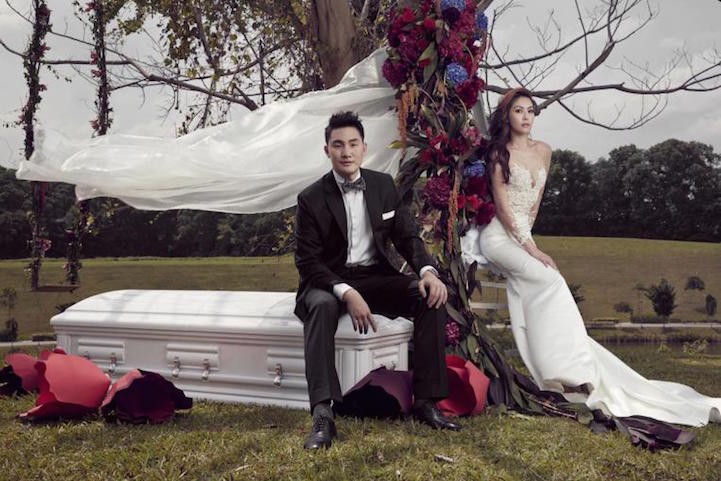 “One couple is giving a whole new meaning to the marriage vow “till death do us part” with these funeral-themed wedding photos featuring a gleaming white casket. While some people may find the concept morbid, the unusual theme holds a special meaning to Jenny Tay, 29, and Darren Cheng, 30, who both work in the funeral business. Cheng, the business development director and grief counselor at Direct Funeral services, was initially taken aback when his wife-to-be proposed the idea, but soon came around to it. “I am not superstitious and it makes sense,” he told the Strait Times. He added, “In some cultures and religions, death means life and rebirth.””