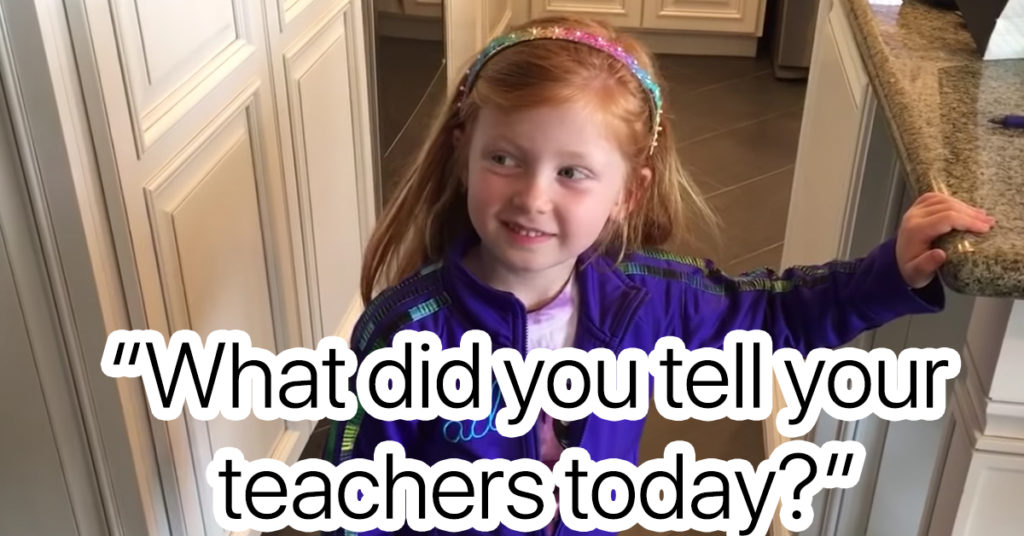 Getting a call from your child’s teacher can be a stressful moment. The moment you hear that your child has done something wrong, you’re hoping that it wasn’t too bad. Most parents anticipate that their child had poor behavior in class or maybe did something “inappropriate” in school.
Many parents, however, don’t anticipate that their child rats them out for something that they didn’t even do–like, growing weed in your backyard. Dax Holt, however, had to face the consequences of his daughter, Skylar, telling her teachers that her parents are growing weed all over their backyard at home.

Imagine getting a call from your child’s school inquiring if you’re growing drugs in your home–and telling your kids about it? Talk about a massive panic attack. Holt decided to ask his daughter to explain exactly what she was talking about–and record it for all of us to see (and laugh at).

Holt asked Skylar what she told her teachers, to which she responded: “Weed is not good for you.”

He asked if she told her teachers if they have a lot of weed at their house, to which she responded: “Yeah!”

Holt asked Skylar if she wanted to show everyone (YouTube) exactly what “weed” they were growing in their house.

As it turns out, this adorable little nugget confused “weeds” with actual “weed,” and told her teachers they had “so much of it,” because it’s actually grass.

Kids, they say the darndest things.