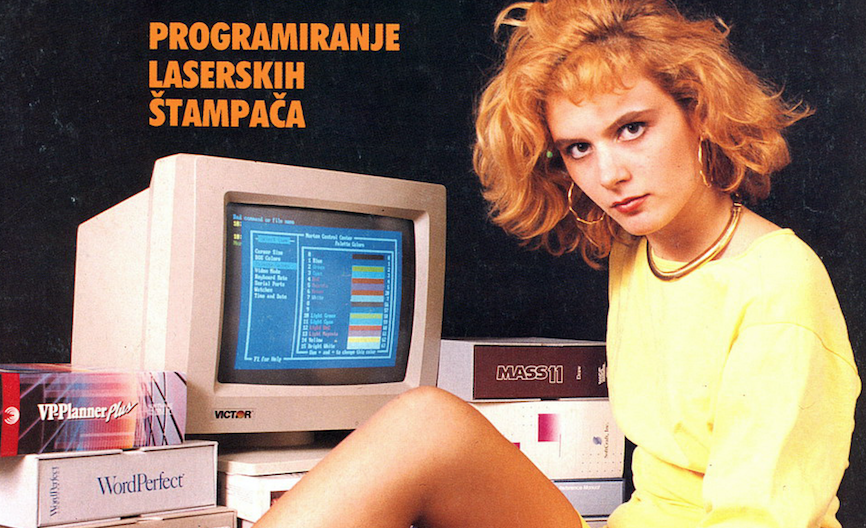 This comes from our friends at Flashbak, the only ones who would think of digging up an obscure collection of Yugoslavian Computer Cover Girls. You can follow them on FB– we highly recommend it.

According to Flashbak, Računari was a computer magazine of the former Yugoslavia which lasted from 1984 until the late 1990s – surviving the economic turbulence and wars of the 1980s-90s, and even outlasting the country itself. The title simply means “computers” in Bosnian – and its content was just that: very bland, very technical, nothing flashy… but its covers were another matter entirely.