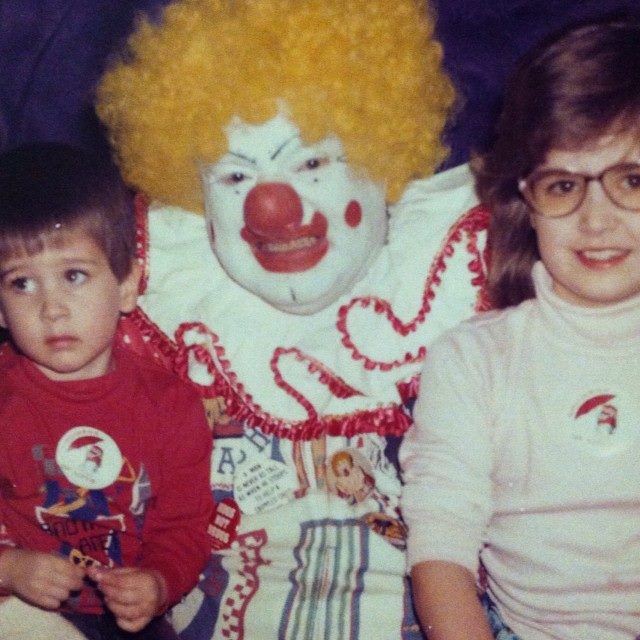 “Circa 1990, I was in first grade and I came down with a stomach flu. My Mom had purchased tickets to take my brother and I to the circus before I fell ill. The night we went ended up being the best I’d felt in days, but she probably shouldn’t have taken me. We get there, it’s fun, we’re watching everything. Then she wants a refreshment so we go up to the beverage stand and see this jolly killer clown posing for professional photos. My Mom asked us if we wanted our photo taken and between my 3-year-old brother and my flu-induced stoicism, she took that for an affirmative response. You can see our shear discomfort, I wouldn’t call it “terror” because no one is crying. But I think we knew that if we made a wrong move during that photo, we’d be put into cocoons to be harvested and eaten at a later time.

Bonus- after we returned to our seats, I dry heaved repeatedly (I’d eaten some orange circus peanuts) in the aisle way of the arena, to the sheer HORROR of the patrons behind us. That is when we left.”