“I’ve been skeptical of the world from day uno.”

“My dad had a Rod Stewart impersonator at my baptism.”

“This is me looking at a cloth doll version of myself someone gifted me as a baby…I still wonder who thought this would be a good idea because it’s not creepy at all.”

“My son’s first ‘school pictures’ at daycare. I sent him to daycare with dress pants, a dress shirt onesie and a sweater. They forgot his pants.”

“My grandma was always great with the kids.”

“Grandma Blanche casually drowning me for the picture.”

“My daughter was holding her baby cousin up for a picture but accidentally let him go just as we took the picture. Luckily, he was ok.”

“My mom had already printed and framed her prized portrait session, so when little brother unexpectedly came along, Mom improvised.” 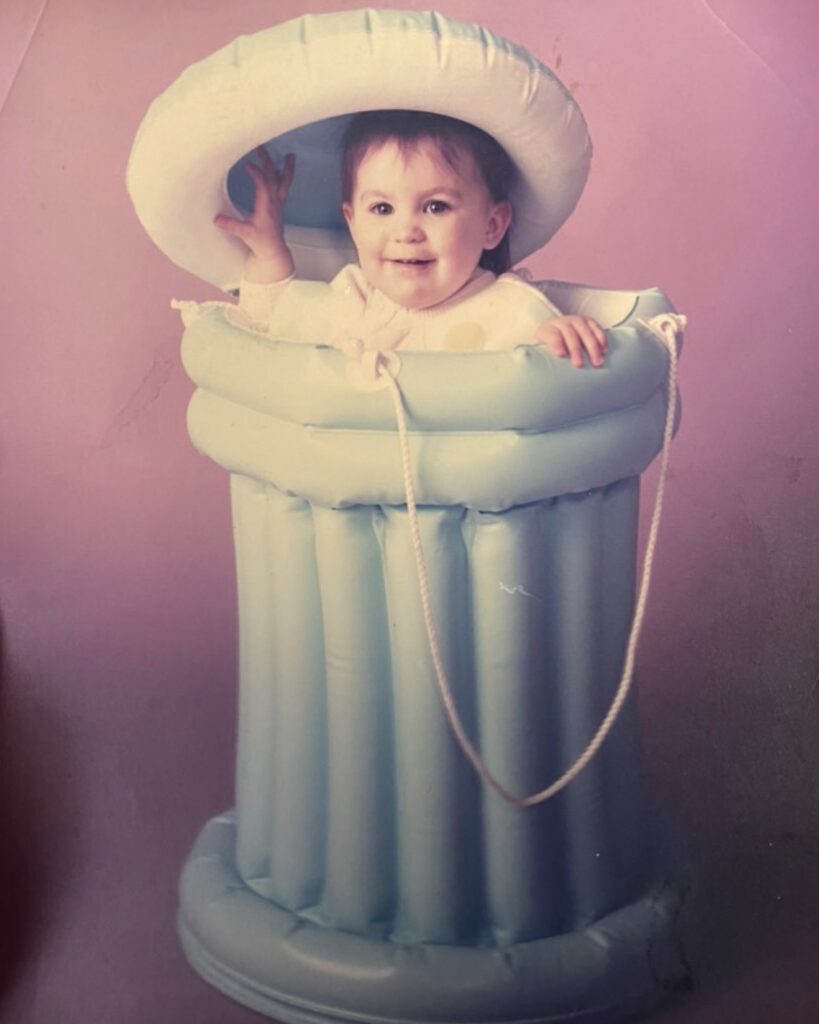 “The portrait theme was ‘trash?'” 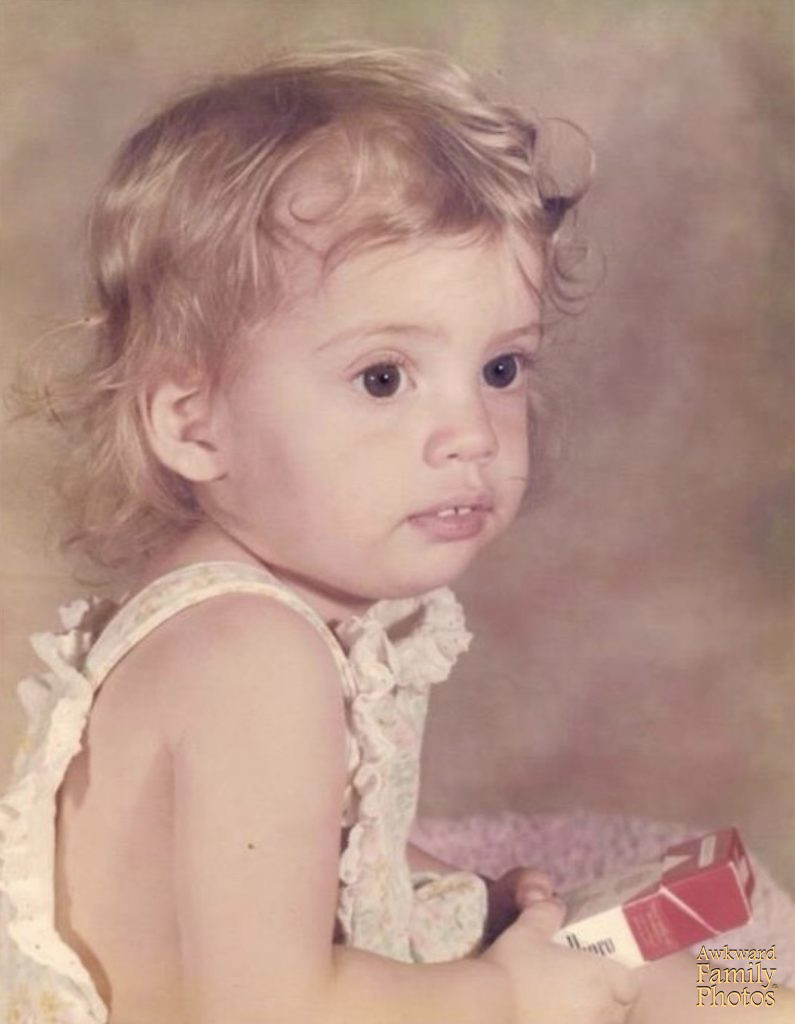 “It was a “Sears photo” type situation from back around 1969-1970, my mother (all of 19) said they were trying to get me to sit still and stop squawking (which has gotten worse as I’ve gotten older). She cannot recall exactly, but she believes that my father (20) who smoked (natch), presumably handed them to me as a distraction (or maybe I just crawled over and grabbed them to smoke one, honestly, I wouldn’t put it past me, even as a toddler) so the photographer could snap the picture.”