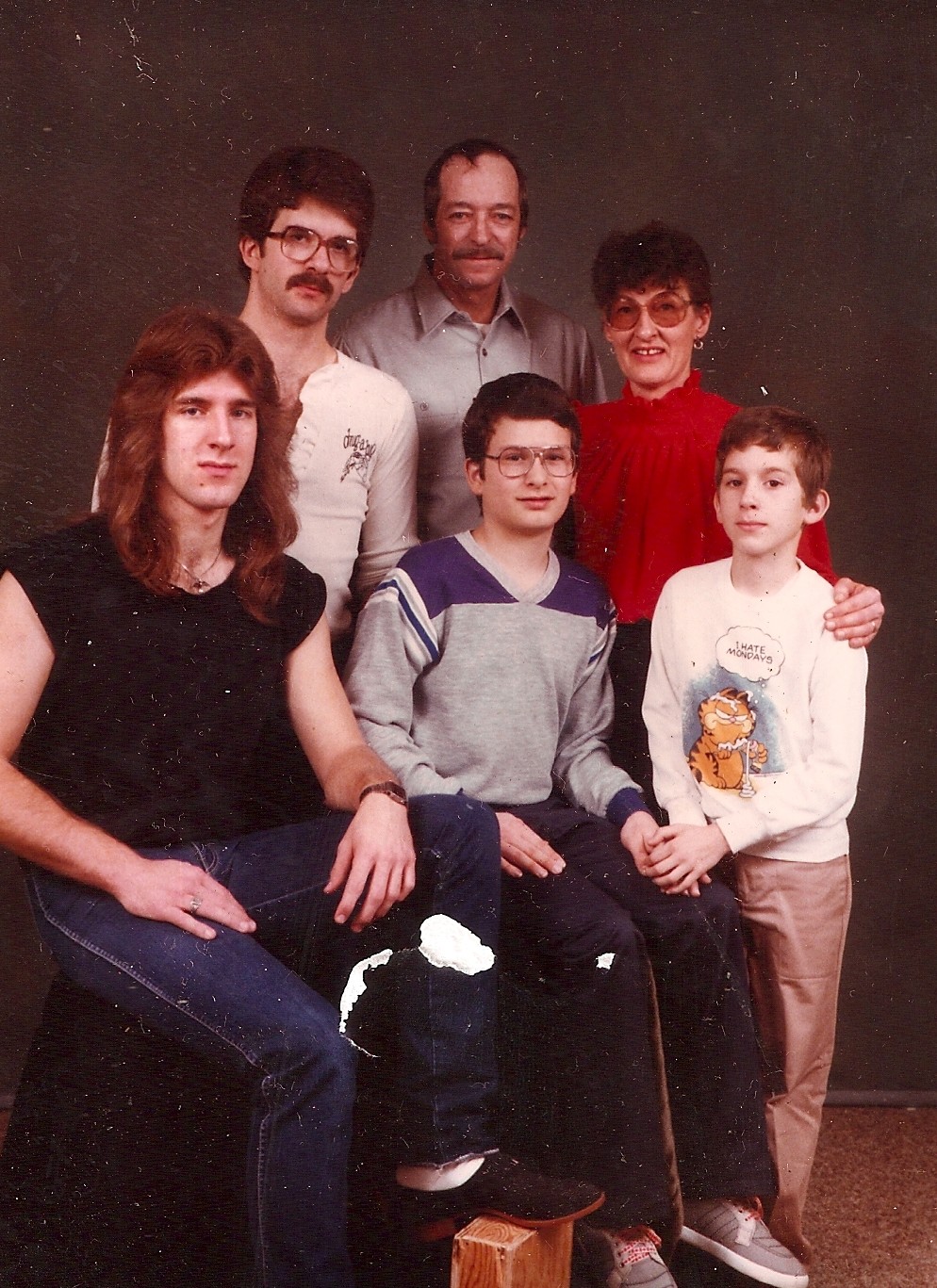 “This is indeed my family. I was the youngest. It was taken at a photo studio in Fort St. John, British Columbia. The photographer kept asking little ole pre-pubescent me about what I thought of girls. It was hard for me to form a response. He also made me put my hand on my brother, Perry. The oldest brother Frank still plays guitar (it’s obvious that he was into music by his look) and my band July Fourth Toilet even had him play guitar on one of our records as well as in live shows.”

(submitted by Robert in Canada)