Behind The Awkwardness
|
By Jim Rowley 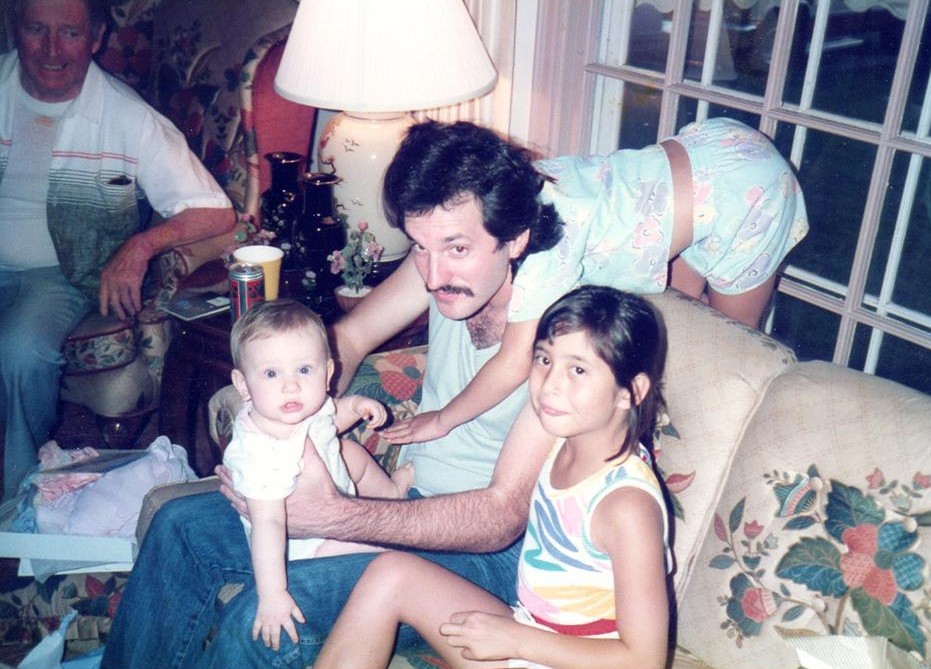 We’re sure you have a lot of questions about our photos, and we do too. We interviewed Chris, the owner of this photo, to get more of the story. Welcome to Awkward Q&A!

Okay, so, what’s the story here?

This is a photo of my brother holding his new daughter. My daughter was standing behind the couch hugging my brother and it looks like his head is on her body. You can also see my other daughter on the couch next to them, and my Dad looking on. It was taken in 1985 at my home in Edina MN. The daughter sitting on the couch just moved and found this picture as she was sorting things. We all had a good laugh over it.

What’s the gift on the floor, and who was it for?

The gift was for the baby and included exact same floral patterns as the couch in the case it ripped.

Is the couch still in the family?

The couch now belongs to the baby, who is grown. She is hoping for her own kids soon so she can pass it on and out of her house.

Let’s move on to your Dad. What’s that stain on his shirt?

Barbecue sauce from the wings he was eating earlier. I think the stain looks like The Virgin Mary when you are really close to it. For that reason the shirt, was never washed.

What is in that can on the end table?

Hauenstein Beer. My Dad had it with the wings. Only the best for us!

Do people ever confuse your brother with Inigo Montoya from The Princess Bride?

Not yet, but he currently does a musical review of Tony Orlando and Dawn at a Minneapolis American Legion on weekends!