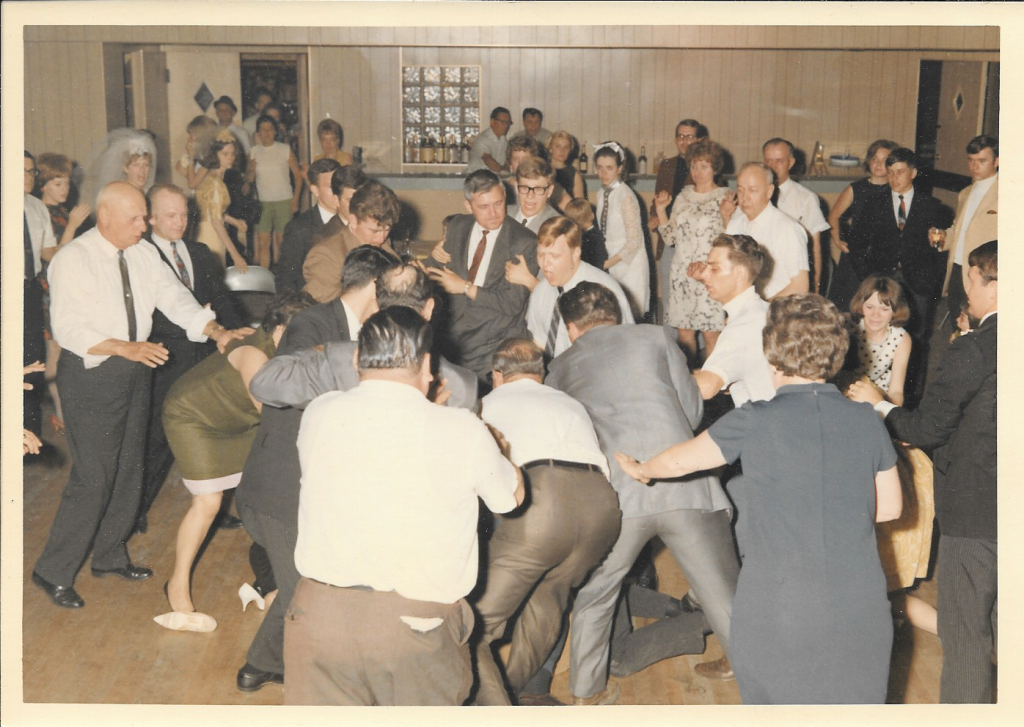 “Fight that broke out at my great-uncle’s wedding, 1968. I don’t remember all the details, but I think my great-uncle told me that some guys who somehow knew the bride showed up without being invited. Eventually, when the band took a break, they sat down in the band’s seats and started messing around with their instruments. Someone went up to confront them, then someone pulled someone off the stage and all hell broke loose. Maybe it was a bad omen, as the marriage didn’t last. But what cracks me up is that the official wedding photographer saw the fight and took the picture.”