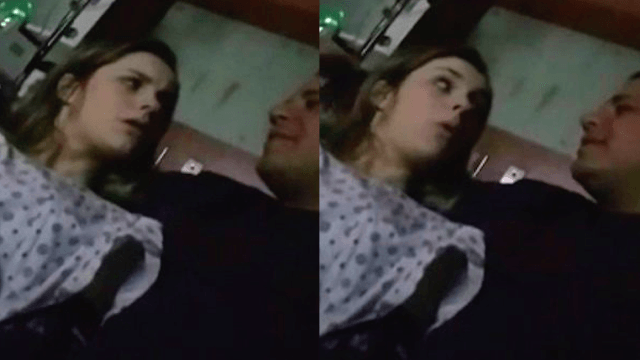 Tisha Heffron, who had given birth to a son, Clay, hours earlier, was still recovering from the effects of the morphine when her husband James tried to record her first waking moments. Even though she was in a hospital room, wearing a gown, and sitting across the room from Clay, she claimed to have no idea what James was talking about. She insists that their son’s name is “Jackson,” which is true…except Jackson is their fifteen-month-old.

The baby part isn’t the only thing she struggles with. At one point she wonders why the room keeps going dark, and James explains it’s because she keeps closing her eyes. She also asks James if he’s her brother, and whether the baby came out of her belly button.

Eventually the meds wore off, Tisha’s memories returned, and everyone was happy.

You can watch the video below: