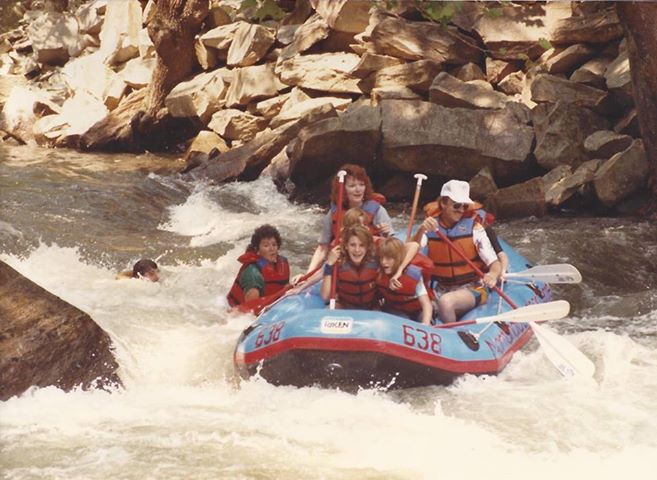 “The adults insisted that we didn’t need a guide to ride down the Nantahala River. The river is considered to have “class III family-friendly rapids.”However, my family were obviously novices. Most of the journey passed without incident, but we were taking on water – lots of it. The falls were the pinnacle of the trip. Dad bounced out the back of the raft. My stepmom jumped out after him while my sister grabbed me and told me to get ready for the camera. That’s us in the front of the boat. My aunt, uncle and cousins tried to steer the rogue vessel ashore to no avail. Men threw ropes from the edge of the river and I remember seeing a sign that read something about dangerous rapids ahead. More ropes dangled across the river, so you could latch on and save yourself as a last resort. It took the remaining adults and some help from the bank, but they managed to beach the raft and everyone made it to safety. Everyone involved tells different stories about that day with varying levels of intensity. For example, my aunt still insists that we were in no danger because ‘a bunch of nuns could do it.’ I’m not quite sure what that means.”