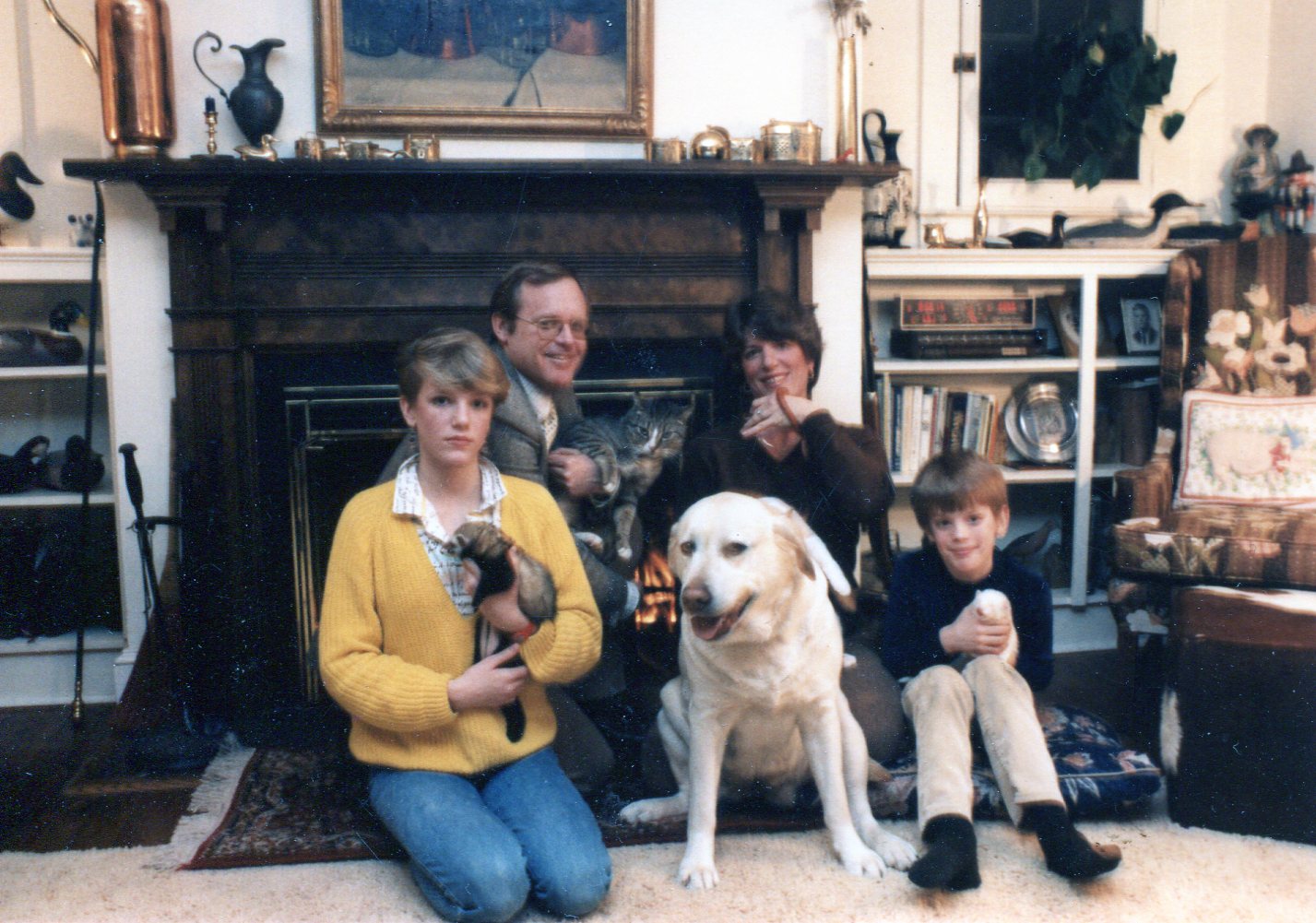 “This is a photo of my family and its menagerie (ferret, snake, cat, dog) circa 1985. Less than a year later, we added a pig to the mix, and our childhood also included at various points a goat, raccoons, iguanas, chameleons, ponies, mice, rats, too many small lizards to count and at least one bird that was killed by a ferret.

The best parts of this picture are the expression of sheer misery on my then 14-year-old sister’s face, and the averted look of embarrassment worn by Missy, the matriarch Labrador.”