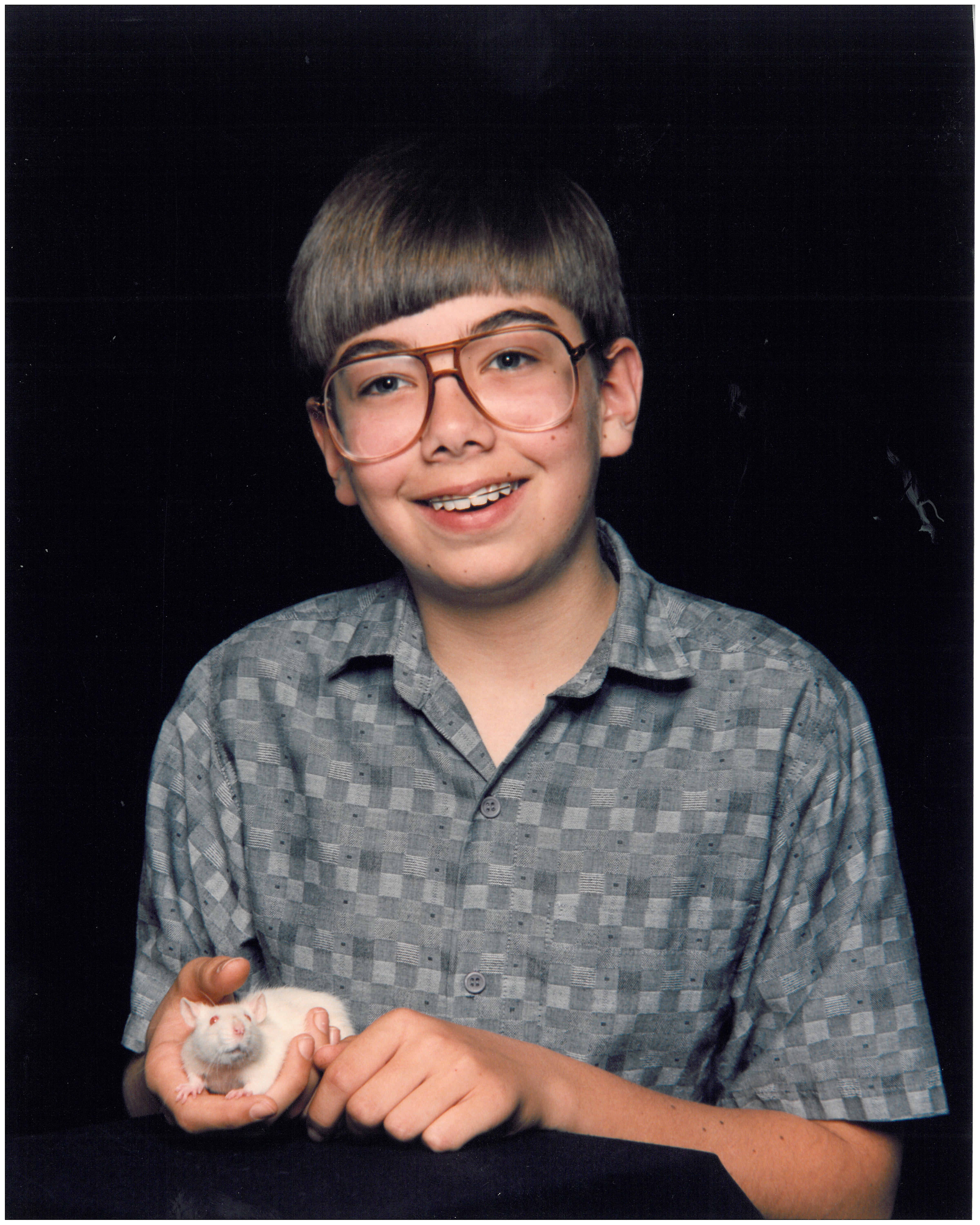 “This is my absolutely favorite childhood picture of my husband. He was 12 years old. It was taken a day after Easter with his pet rat, that he called RATTY. His birthday was just a few weeks before Easter and my mother-in-law was going to take my husband to JC Penny for his traditional annual birthday picture. He wanted to have his picture taken with RATTY 🙂 And he did! It was shortly after that JC Penney Portrait Studio adopted a policy of no animals in its studios.”