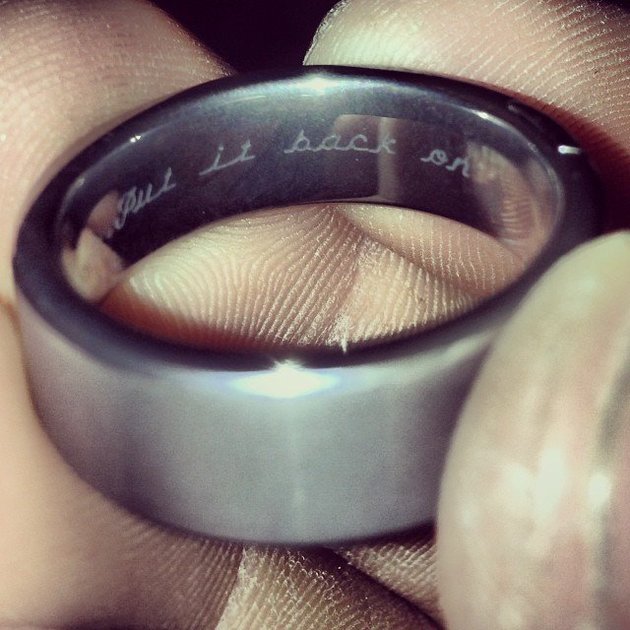 When Dan and Amanda were married five years ago, Dan was surprised to find an engraving on the inside of his wedding band. “She’s a prankster. She’s got a great sense of humor,” Dan told ABC News of his wife. “Some people are commenting that she must be insecure or something, but it’s quite the opposite. People tell us we have the best marriage they’ve ever seen.’

‘When the rings came in, I tried it on and noticed [the engraving] when I took it off,” he told The Huffington Post. “I just laughed along with everyone else in the store.”