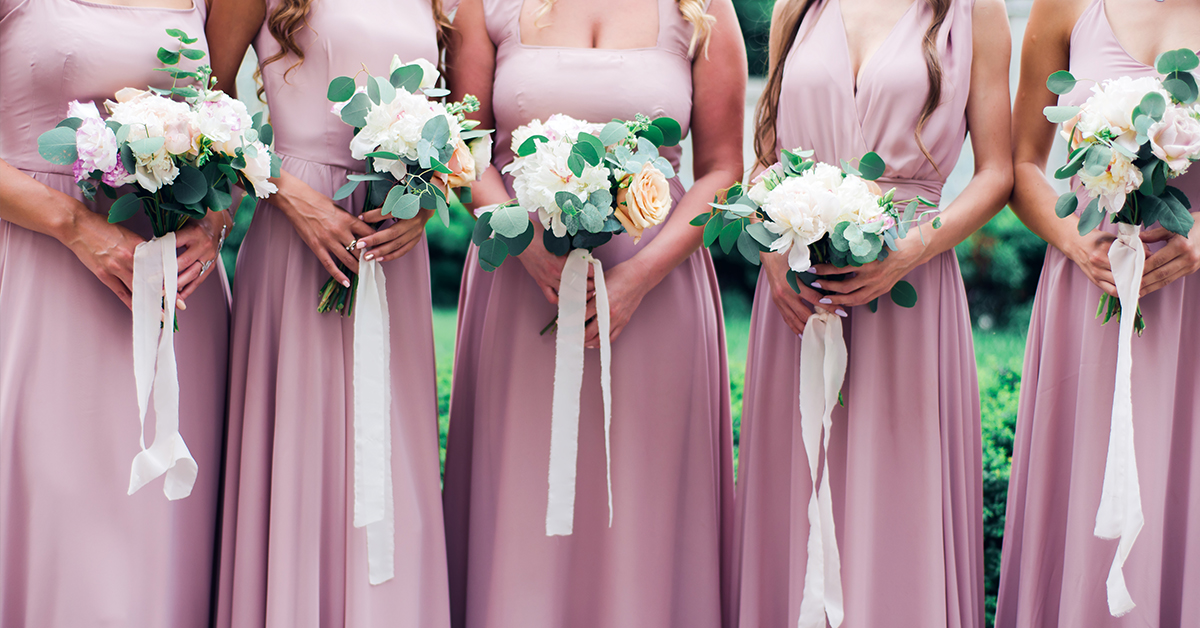 An email from a bride named Alex to a (now former) bridesmaid named Courtney Duffy has gone unprecedentedly viral for two reasons; one, it elevated the passive-aggressive letter to an art-form worthy of a research dissertation, and two, it’s got folks hella divided.

Here is what we know: Alex asked Courtney to be a bridesmaid in her wedding. Courtney agreed, despite living across the country and spending the majority of her time pursuing her MBA at Dartmouth and potential MPA at Harvard, the latter acronym of which I had to Google.

The wedding weekend approached, and Alex — understandably, at least to some — wanted it to be hers entirely. Drawing from her letter, it appears as though the bride expected the members of her bridal party to be fully present for the entire weekend.

Courtney informed Alex that due to her busy schedule, she would only be able to fly in on Sunday night, which was the night of the wedding. This did not suit Alex, who decided to replace Courtney and inform her via email, the contents of which are:

I’m so glad to hear you booked flights! I’m sorry classes are taking such a long time to sort out. I know how hard you’re working to be here for the wedding and it means so much to us!

I have a massive favor to ask you, though — and this is one of the hardest things I’ve ever had to ask anyone — but I need to ask you to relinquish your duties as a bridesmaid.

Come to the wedding, have a fabulous time, and travel in the time you need to without stressing about anything else!

When I asked you, I was really hoping that you could be a part of this whole thing — the bachelorette trip, at least the weekend, prep and the full night of the event (a Sunday night flight means you won’t even be able to be there for the whole wedding)… the whirlwind nature of what your travel has become just won’t work with the duties as a party member. I’m so, so sorry!!

Please don’t feel you’re letting me down, I am asking you to do this. I love you and value your friendship so much and I fully understand the need for you to prioritize school! I want you to be able to focus on that without also worrying about any extra wedding worries.

And I know this is incredibly awkward, but there is a possibility that I might be able to have someone else step into the role and assume the duties. Could you please mail the jumpsuit to me? I’ll Venmo you the postage and the cost of the jumpsuit — just let me know the total.

I know everyone is looking forward to seeing you there! I know I am!

And if you’d like to chat on the phone, let me know! I promise we’re totally cool!

All my love,
Alex

Courtney wasn’t having any of it. She tweeted a screenshot of the awkward situation to JetBlue, letting them know she had no desire to attend the wedding and asking the airline to refund her ticket.

JetBlue (miraculously) replied, offering to reimburse Courtney for a future girls’ weekend with Alex so that the two could “patch things up.”

The office here had some thoughts on the situation, which seems to be eliciting strong and differing opinions on social media:

Alexa: “Honestly I feel like being a bridesmaid is a lot more than just the actual wedding day and if she can’t swing it, she can’t swing it. She shouldn’t be mad that her friend replaced her-because she can’t be there for most of the ‘bridesmaid sh*t.’ Also this is why if I ever get married I’m not having a wedding party bc f**k that noise”

Edward: “I’d for sure take JetBlue’s offer. If she’s not good enough friends with the bride to try and mend things over mimosas in Cabo, then they’re not great friends to begin with and there’s no point in the first place of being upset that you’re not a bridesmaid.

I also don’t really read the email as ‘overtly passive-aggressive.’ There’s no way to ask someone to no longer be a bridesmaid without there being a little sting.”

Jake: “100% on board with jumpsuits instead of bridesmaid dresses”

Jake: “Also if you find yourself asking a friend to “relinquish her duties” at what’s essentially a party you’re throwing for yourself you’re taking everything too seriously”

Mike: “Yeah I’m with Alexa. I think that was about as nice as you could make that email. But it doesn’t sound like they were really close enough for her to be a bridesmaid anyway.”

Cole: “Yeah pretty hard to say one is right over the other, i guess the passive part is just that it’s an email rather than a call but if the girl can’t even stay for the whole wedding i guess i could understand replacing her if it’s a smaller wedding party just for the sake of photos and stuff like that.”

In other words, our team (myself included) largely thought Courtney was overreacting. Some on social media agreed:

But an overwhelming amount of people thought the bride was being unreasonable.

Courtney, for her part, expressed surprise at the fact that the story went viral, and packaged a passive-aggressive sentiment of her own into a tweet:

To me personally, the most divisive and offensive aspect of this entire situation is the fact that people think jumpsuits aren’t hella tight or a lovely alternative to a gross bridesmaids dress? How did this tweet get nearly 3,000 likes?