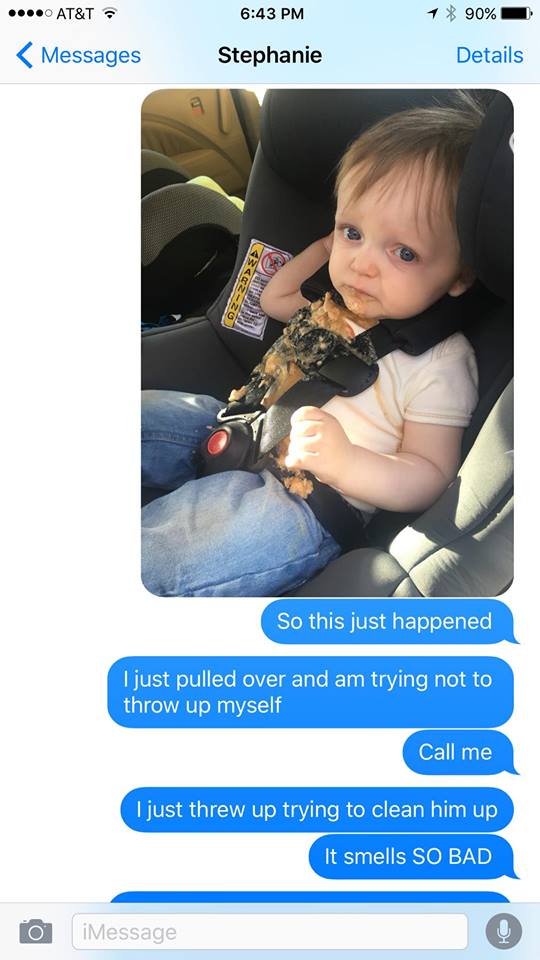 Being a parent means being exposed to bodily fluids, so regularly that you become immune to them. Well, most of the time–occasionally a situation becomes so gnarly it can make even the hardiest of parents nauseous. That’s what happened to father Ben Patterson, whose son Declan retched so badly in his car seat that Ben had to share it with his wife via text. And lucky for us, he also shared those texts with the Internet.

Ben tells his wife that after Declan threw up, the smell was so bad that he himself threw up. It’s rough being a sympathetic puker. His wife didn’t respond. (Understandable.)

Then, things got worse.

That’s right. Both a bystander AND the cops thought Ben was drunk, and he had to pass a breathalyzer before getting back in the car.

After that, there wasn’t much for Ben to do but send a few more futile texts to his wife, who continued to stay silent.

“Rotting whale blubber” is something we’ve never smelled, but somehow we know it’s a dead-on description. Stay safe out there, parents.