Behind The Awkwardness
|
By Kailee 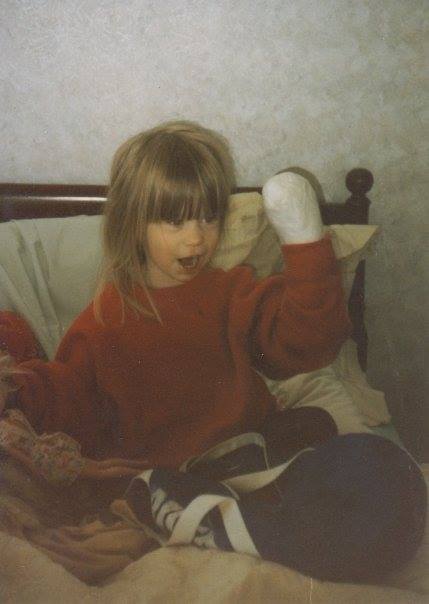 “I accidentally cut off my sister’s finger when we were younger. I think she handled it well. We were playing a game of hide and go seek- dinosaur edition. I went to go hide in a closet and she came running to hide there as well. I slammed the door and next thing you know, screams. Took her to the local hospital, where they claimed they could do nothing about it. That not being good enough for my mom,  so she decided to take her to children’s hospital where they promptly put it back on. The end result was a fully functional finger, except the very very tip (the puffy part that rises above the finger nail) died, and never puffed back up.”