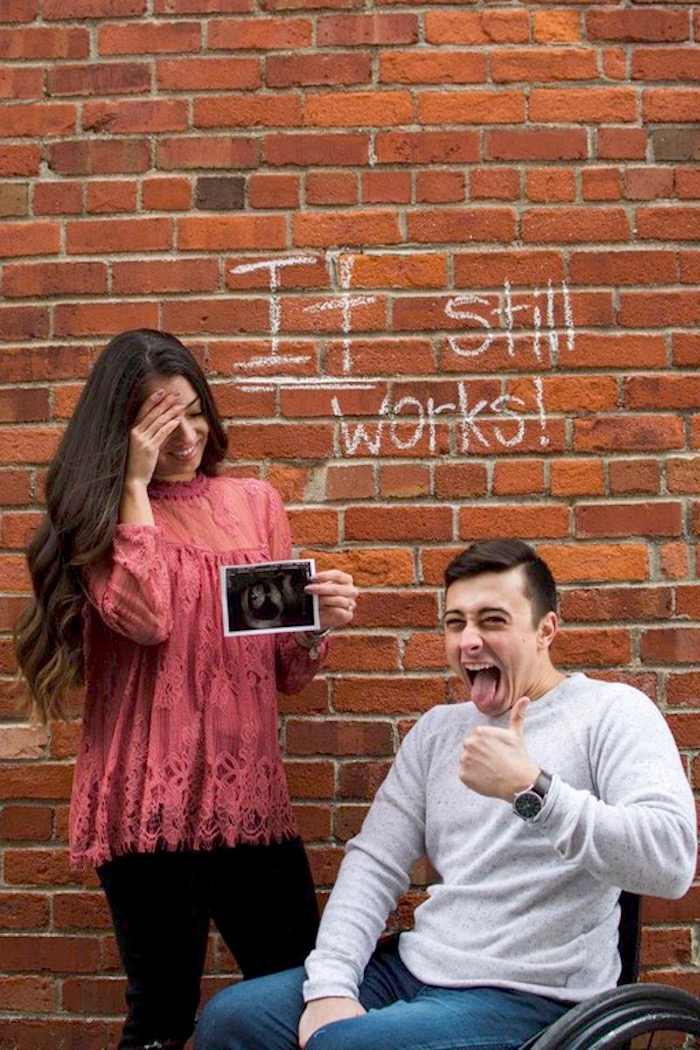 They say having a sense of humor can get you through anything, and Todd Krieg and his fiance Amanda Diesen are proving it with their pregnancy photo.

Todd was a professional motocrosser until 2014, when an accident left him paralyzed from the chest down. Amanda was his physical therapist, which is how they met and fell in love. Doctors told them the chances of conceiving were slim, but they defied the odds and were able to have a baby. So, in their photo announcing their conception, Todd also wanted to announce that “It still works.” (And Amanda looks like she was being a good sport about it.)

Their gender reveal photo is equally awesome, if a bit less risque.

Todd and Amanda are even entered in a contest to win their dream California wedding. You can vote for them here.

Congratulations on the new baby, Todd and Amanda, and on being an inspiration to us all.